The Circle of Life

Disney World's Tree of Life was something I was not familiar with. However, it was highly recommended by a dear friend at the gym.  When I mentioned it to my daughter and adding it to our schedule, her response was, "Mom, it's already part of our day at Animal Kingdom.  I knew it would be important to you." 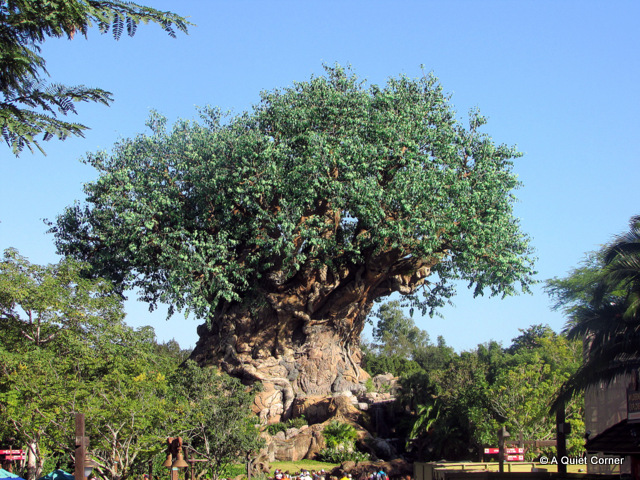 Unsure if I will even get all the facts straight as I tell you about it, it is more than something to behold. Our last day at Disney included the Safari at Animal Kingdom along with several other attractions yet the "iconic symbol" of Animal Kingdom, known as the Tree of Life had me at first glance.

As we approached the massive structure, which is 145 feet tall and about 50 feet wide, the engraved concrete bark revealed more and more animals.  The more I looked, the more I found.  The more I found the less significant I felt. 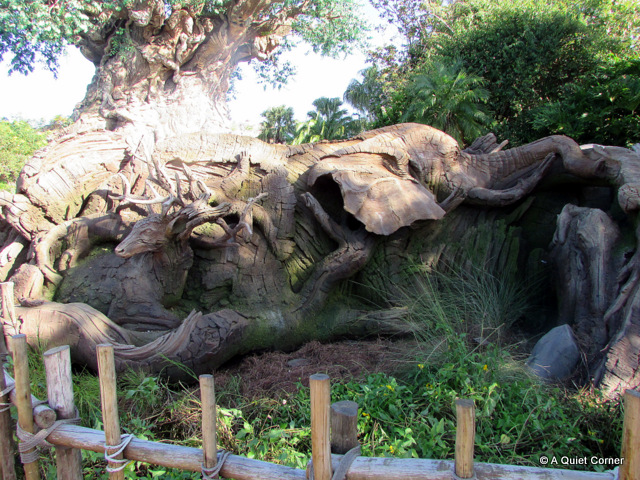 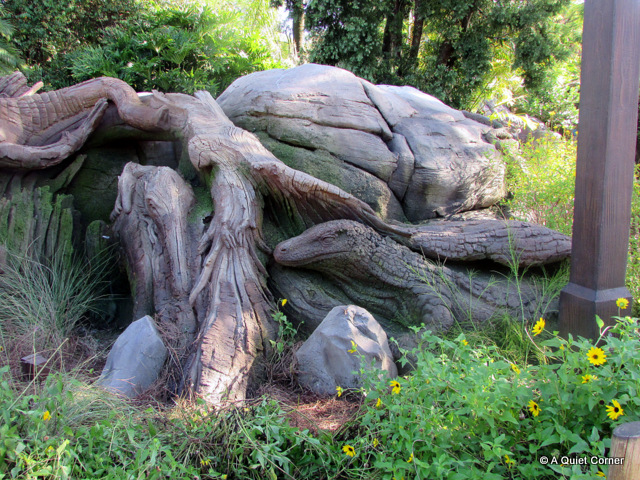 Feeling humble with mouth dropped and utterly stunned by it's magnificent beauty, I became teary-eyed.  Symbolizing the circle of life, with each step I took and from every angle another animal seemed to pop out at me. 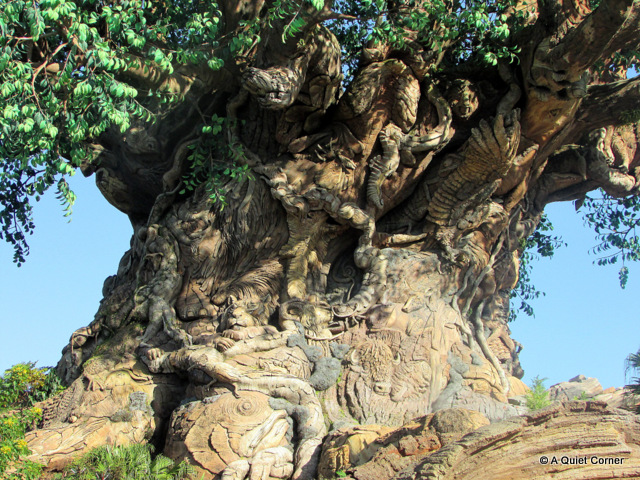 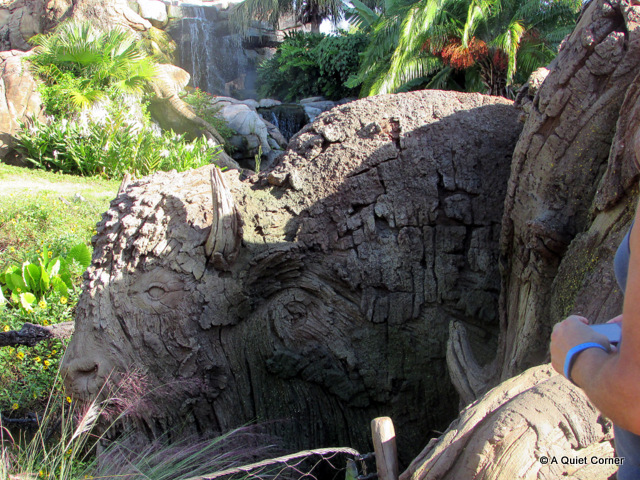 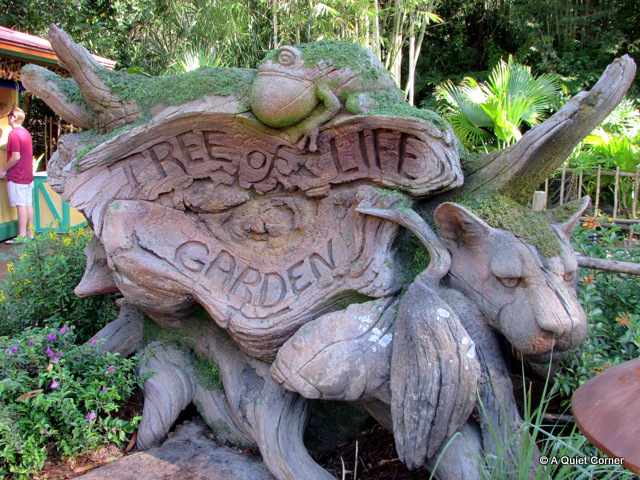 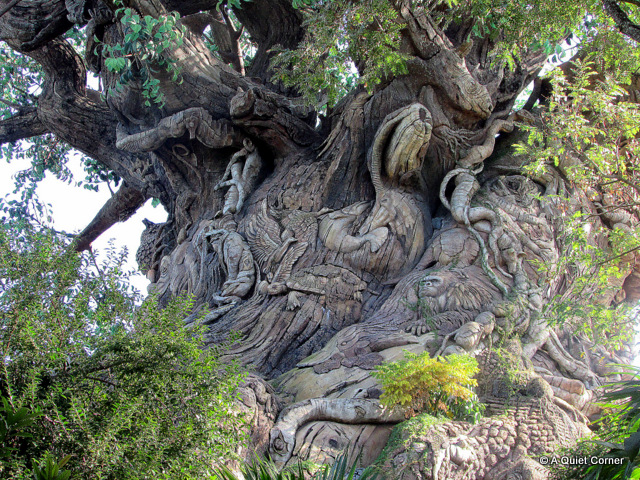 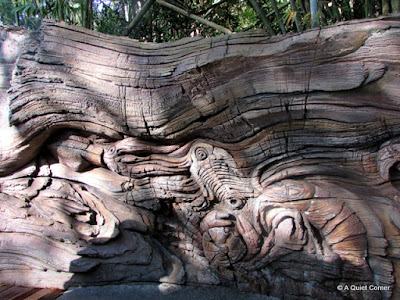 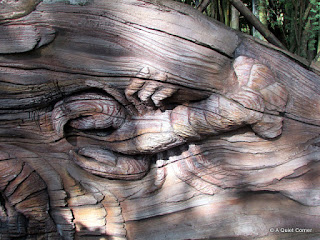 Between the trunk and it's root system, there are over 325 creatures, including insects. Made of concrete, taking eighteen months and hand carved by ten artists, the frame of the symbolic structure is an actual oil rig. It was the only thing that would support the weight of the concrete! The leaves appear real, blow in the breeze and seem to whisper life and energy, again making a mere human feel grateful.

Below the tree is a theater where we were thoroughly entertained by a show called, It's A Bug's Life.

Although I really thought that I was not going to enjoy that, I did.   Something else I did not expect...to be stung by a bee, sprayed by a stink bug, sprayed by an aerosol can of bug spray feeling a light mist hit your face, feel a cockroach crawl under my seat and get occasional puffs of air blown in my face by numerous bugs!!  Of course, all of it was done with holograms. The Pres actually reached out to try to catch a few bees buzzing around...LOL! The cockroaches under my seat made me scream and jump and the stinging bee literally had me say "OUCH!  Honey did you just get stung?"

You would be spellbound by the beauty found in this Tree of Life.  Still feeling humble, and with all that said, please never forget what was here before us.  The "circle of life"...a true miracle. 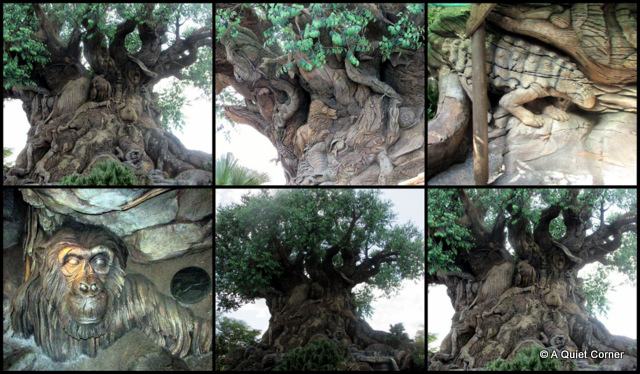 Ann said…
I've seen pictures of this before. Very fascinating and the whole experience sounds amazing
November 9, 2015 at 4:31 PM

Bee Lady said…
I am mesmerized. I just sent my sister a text telling her I want to go to Disney to Animal Kingdom and see the Tree of Life and to "make it happen sister!" This had to be just stunning!