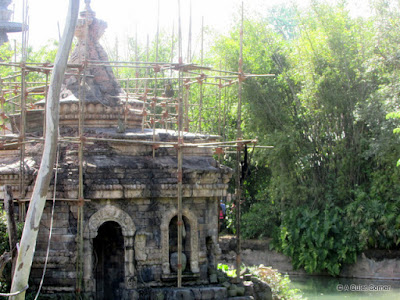 The place: Disney World
The time:  October
The entertainment:  The Kids


One monkey emerged from behind (or perhaps inside) the temple.  Starting off slowly (as if he'd just woke up from his afternoon nap), he climbed onto the wooden poles. 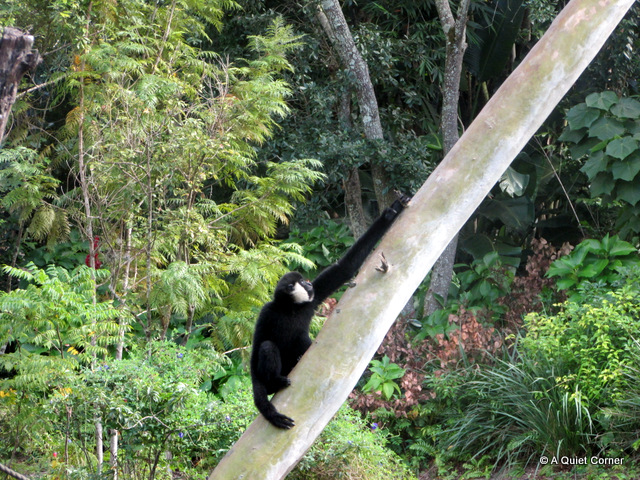 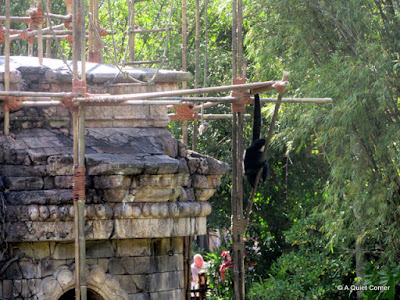 Then out came the second.

And the fun began.

Who could swing higher?

Who could swing and jump the farthest?

Who could balance on the ropes?

A challenge between siblings. 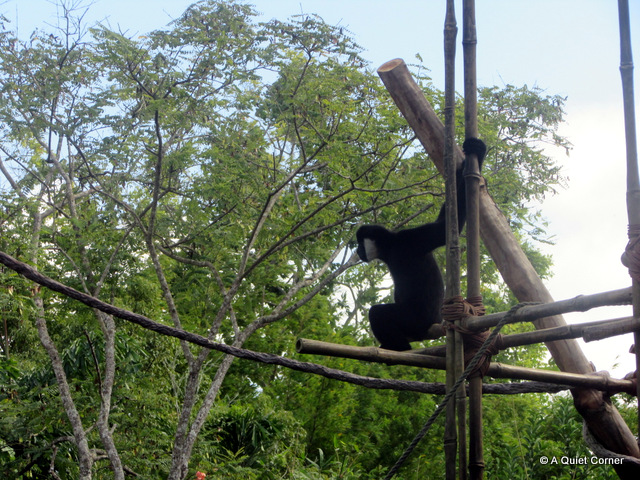 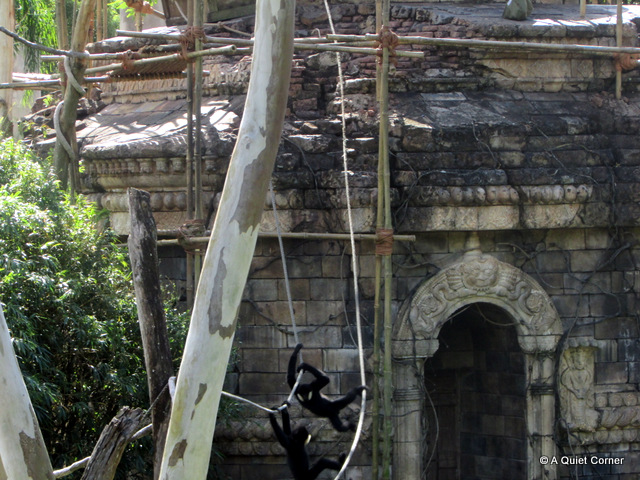 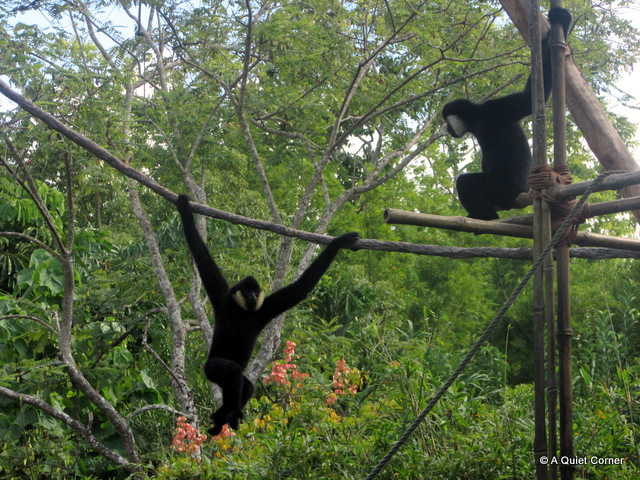 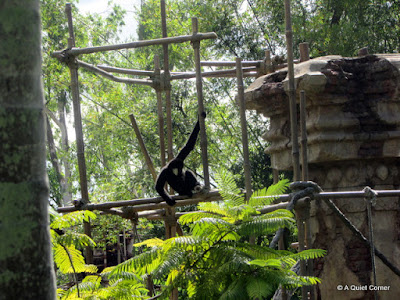 One seemed to coax the other on and they made their way through their playground.

Hiding from each other occasionally and then peering around the corner to see just where their sibling was. 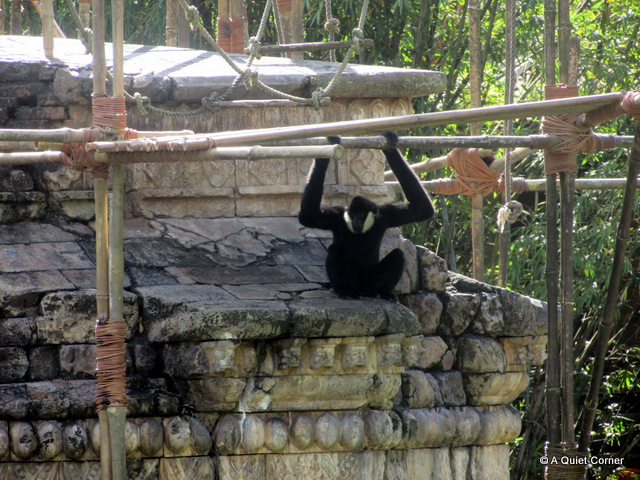 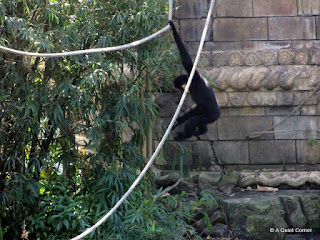 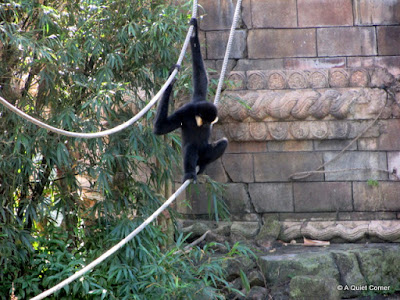 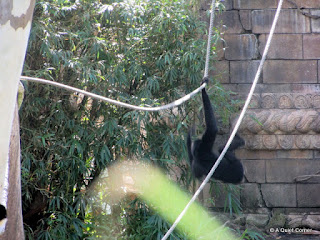 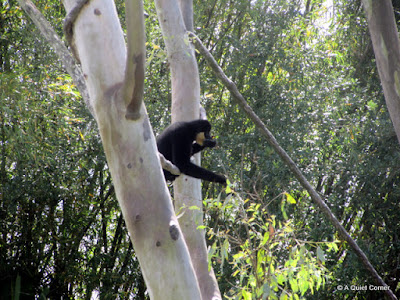 After all their antics and exploits, they quietly retreated to the nearby brush to grab a snack.

Nothing like a bit of vegetation to boost the metabolism!

Monkey see, monkey do
Did you have your greens today too?

eileeninmd said…
Hello, what a great series. I like the monkeys and watching them is fun. I think a lot has been added to Disney since my last trip! Wonderful photos and post. Thank you for linking up and sharing your post. Have a happy weekend!
December 5, 2015 at 4:56 PM

Andrea Ostapovitch said…
What a fun post! these are all great photos! We are planning our first trip to Disney World for early in 2017. Can't wait!
December 5, 2015 at 8:04 PM

Ann said…
I've always loved watching monkeys. I can imagine what great fun this was
December 6, 2015 at 4:57 AM

Sandra said…
monkeys are so very entertaining. back in the early 50's, my granddaddy had a motel and resturant here in FLorida.. he kept monkeys for the tourists. they were view only though, mean little guys if bothered.
December 6, 2015 at 9:35 AM