The Merchandise Is Home

Recently, I had the opportunity to babysit my youngest granddaughter. My son asked if I could pick her up from school and keep an eye on her for just a few hours until he got home from work since both he and my DIL had to work a little late.  So driving the hour and a half didn't phase me at all even though I knew that I would only be with her two hours before I headed home.  To me spending time with her is priceless.  Intentionally grabbing my turquoise puffy vest from the closet (because she loves it, I hit the road. 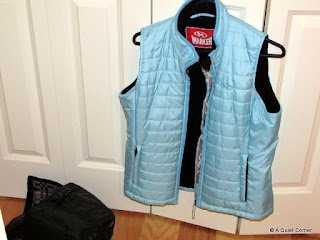 Since this would be the first time this school year that I would pick her up, my son gave me explicit directions. "Mom, you should get to school around 3:10 pm and go in the same set of doors you did last year. You'll see the line outside the door because they don't unlock it until right before the classrooms are dismissed. Then just wait in the gym and you'll see her come though the door. Oh, one more thing. She has a substitute this afternoon, so be sure you bring your ID with you.  Do you remember the code to my garage?"

"Yes, Goob," I answered patiently.   He then went on to explain where the house-key would be hidden and blah, blah, blah.


My drive there was uneventful and I even had time to pull over and get a few shots of a nearby river.  "Good thing I took a vest," I thought as the wind had picked up since I'd left the house. 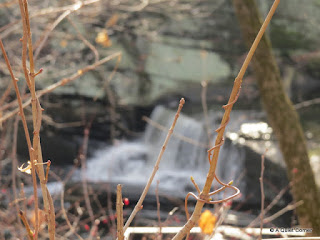 Moving deliberately through traffic, like the water in these photos, I made it to school in record time.  Texting my son to let him know I was there, he responded...Mom, you're very early...go find something to do.

My response was...I'm good...let you know when we get to your house. 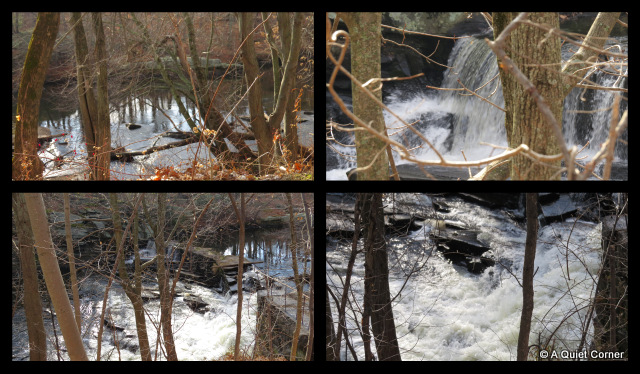 It was when I saw the
crossing guard get out of his car, I knew it was time to head to the double doors outside the gym. Crossing the driveway, I zippered my vest as there was now quite a chill in the air.

There was no line as my son told there would be. This made me wonder if I was at the right set of double doors so I asked a young woman who had just walked around the corner.  Unfortunately she had no idea as this was her first time picking up her neighbor's daughter.  Nervously and shivering, we  wondered if we were in the right place because she was told there would be a line too.

Patiently we stood with hands in our pockets. Now there was a line and the young woman and I were glad we were at the front of it! When the doors opened, parting ways we walked over to the roped area and stood. Overhearing two older women talking, I heard one say that this was her first time picking up her grandson this year too. Turning and smiling I said "Me too." to which she replied, "As long as you know the "pod" you'll be fine."

"Did you say pod?" I said quizzically. "What's a pod?" Waiting for her to respond, my mind replayed my son's explicit and drilling directions.  However, he never mentioned a POD!  "Well, you see, each pod has a color and each child is in a pod.  That's how you know where they will be." Gulping then breathing deeply, I said, "oh dear! I have no idea what pod she is in!"

Children began filing through the gymnasium door...lots of children...the kindergartners, followed by the first and second graders.  Dressed in their coats and hats they waddled across the gym like a swarm of honey bees looking for the queen.

Thank goodness she's tall because when I spotted her, my
eyes focused on every move she made, every twist and turn.  Hoping she would see me in the crowded section of the waiting area, I continued to follow her every mannerism.
Her eyes lit up as she spotted my
turquoise vest then looked up at my face.  She loves this color.   I knew we were home free, smiling as our eyes met.  Showing my ID and signing the pick-up sheet, Mia stepped forward and we were off.

Singing her Brownie song on the way home in the car, she was even happier when she heard me sing along.  "Nana, how do you know the song?" "Mia, Nana was a Brownie too!"

Texting my DIL and son "the merchandise is home safe and sound," I could now go back to singing with her as she danced across the kitchen wearing my turquoise vest.

Sharing with you and those at Mosaic Monday

Ann said…
I always hate when I'm doing something for the first time and I wonder if I'm in the right spot or doing what I'm supposed to be doing.
Glad it all went off without a hitch and you and your granddaughter had fun
December 28, 2015 at 6:11 AM

eileeninmd said…
What a cute story. I am glad everything went well your first time. I like the vest and color too.

Linda said…
Sounds like the apple doesn't fall far from the tree ( Nana tree, that is!). Enjoyed your story! Linda@Wetcreek Blog
December 28, 2015 at 8:31 AM

Debbie said…
New follower here. What a lovely story! I have a granddaughter too who is about to turn 4, and she and her family were here for Christmas. Aren't they charming? What a blessing for you to be so close, in relationship AND geography! My grands are all a distance away.
December 28, 2015 at 12:12 PM

Texan said…
Such a cute story... since we never had kids I won't be picking up my granddaughter .. but we have some wonderful nieces and nephews!

You need to do a post on learning to kayak, etc. Do, don't, what you want in a kayak what you don't... :O) etc etc.. I am soooooo doing this! AR they have so many places to kayak and it looks like that is back on!!! :O). I am determined I AM getting a kayak! My DH pretty much thinks I have lost my mind. I said hey I didn't learn to swim when I was nearly 50 for nothing. LOL... well ok kayaking and triathlons is how the learn to swim thing happened LOL.

Bee Lady said…
Oh my gosh I was all nervous that you were in the wrong place! So glad you got to spend one on one time with your granddaughter.

Pamela Gordon said…
Great story JP. Oh how times have changed with all the safety issues in place at schools.
December 30, 2015 at 9:41 AM