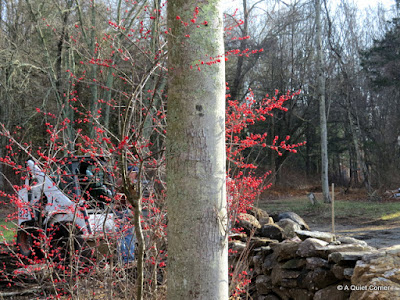 In September, when I attended the Coverts Project, one of the things I wrote on my list for habitat improvements was to build a stonewall.  Well...

Pulling up the gravel road, I could see him working and it was nearly finished.  He'd gotten quite a bit done in one day. 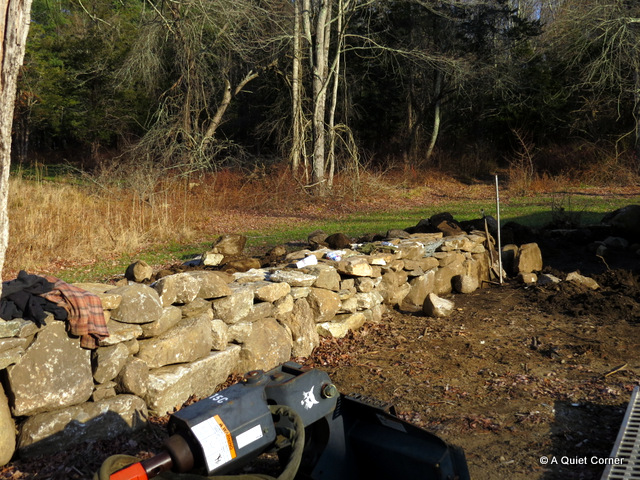 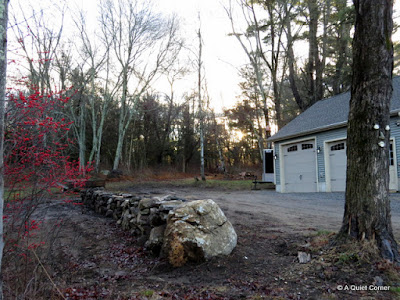 After rolling the huge boulders loose from the pile and close to where he wanted them, he drove in spikes and pounded.

Splitting boulders by hand using the sledge hammer while the bobcat sat motionless seemed a little silly to me, but apparently the Pres wanted it that way.

That lasted until nearly sunset and it was then he had a beer and talked about resuming the next day.
Do you know how many critters will be able to call this place home next year?  Well, although I cannot give you a head count, I am hoping that once I plant some natives, it will attract lots of tiny, little critters....:) 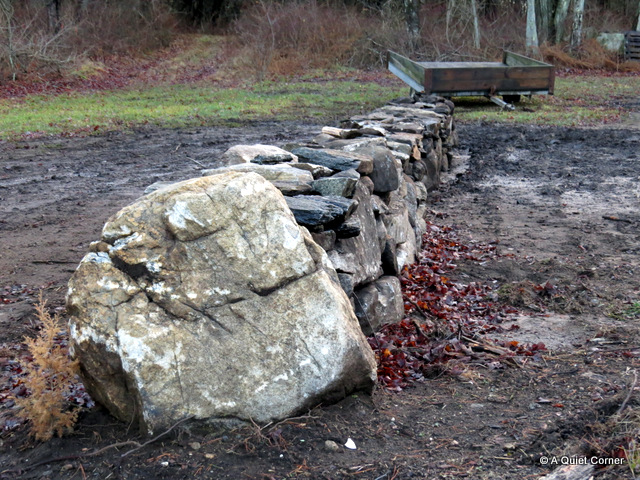 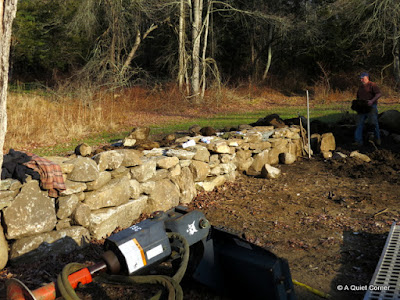 It came out AWESOME!

Not bad for a man who had open heart surgery 6 months ago!!

Sharing their our
wall with you and those at

eileeninmd said…
Good morning, your stone wall looks great. The critters will be happy with their new home. Kudos to your hubby!

Ann said…
That looks like back breaking work but how nice it looks. I can't wait to hear about what you find living in there
December 29, 2015 at 3:19 PM

lisa lewicki hermanson said…
Those stones look incredibly heavy and solid - just like the stone walls in Vermont, too. ! Here's to the arrival of those little critters - they will be living in luxury !
December 29, 2015 at 5:52 PM

Pamela Gordon said…
The Pres did a great job on the wall especially after having open heart surgery. It will be very interesting to see who/what takes up residence in it in the future. Lots of photo ops. :) Happy New Year to you both!
December 30, 2015 at 9:37 AM