While we were on vacation, my daughter and Angel told me they wanted to take me somewhere to see something.  So off we went since they know the island like the back of their hand.
As we neared our destination, they slowed down long enough for me to take these pix of "the whale bones" that had washed on shore years ago when we first began going to Aruba. 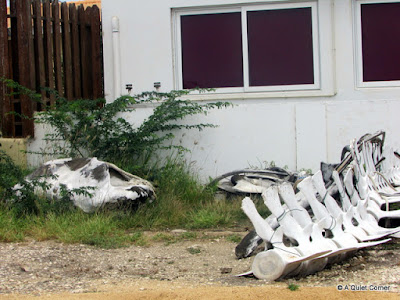 Apparently several Sperm Whales have drifted ashore over the past 15 years or so while a few have been entangled in fishing nets offshore and fortunately untangled and released.

Wondering where they were taking me since we were in a neighborhood, we pulled onto a side street and Angel pulled over and came to a stop.  "Mamaceta, you may want to get out and walk around the corner."

I did just that and as I rounder the corner, I couldn't believe my eyes.  It was a fence...a wire fence... 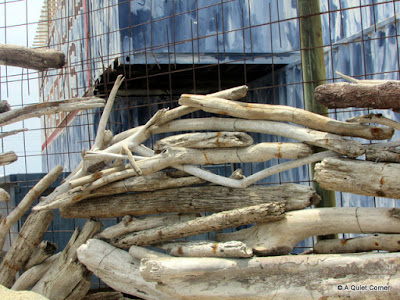 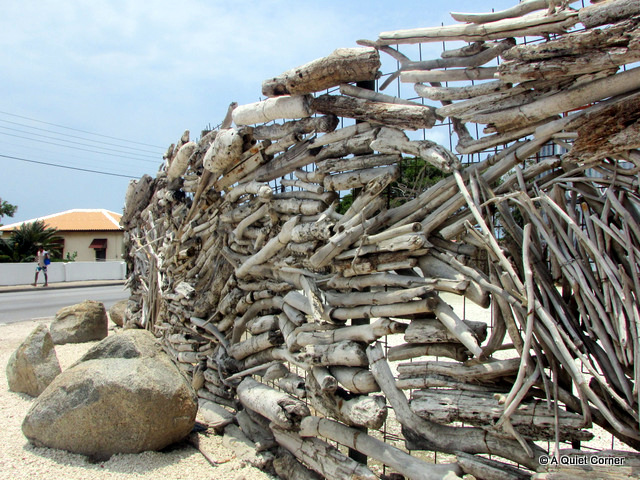 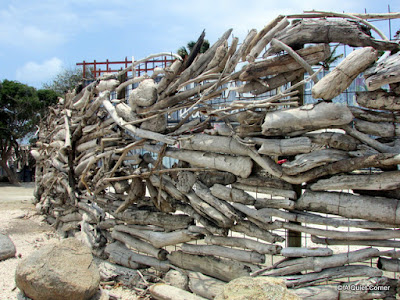 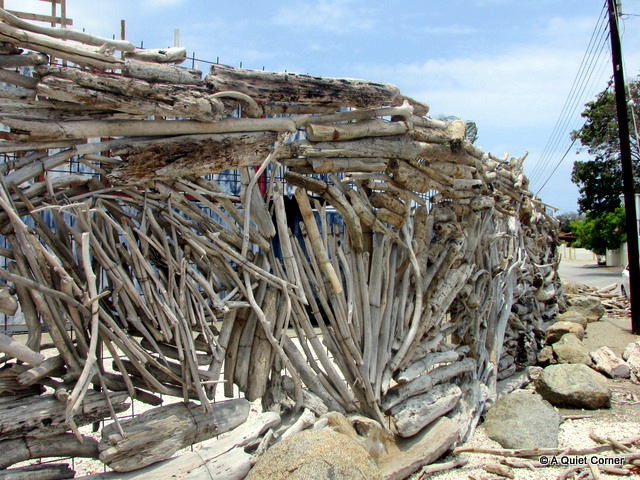 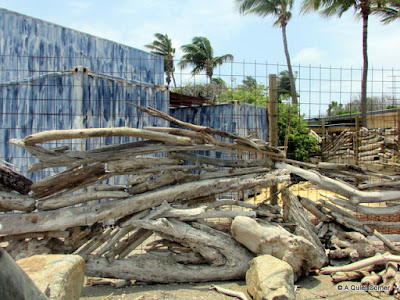 a rusty wire fence being covered with DRIFTWOOD along the entire block!

'just saying and sharing..."
with you and those at

Susie said…
JP, I love that fence. It's most amazing. The whale bone...I would be trying to buy one. LOL. I brought a big bone (I thought it could have been from a moose or bear) home from Canada once...my girls took it to show and tell every year. LOL. Blessings,xoxo, Susie
May 12, 2016 at 9:12 AM