When I got up off the couch to answer the phone, I didn't have my glasses on so I couldn't see the "caller ID" but this is how the conversation went: 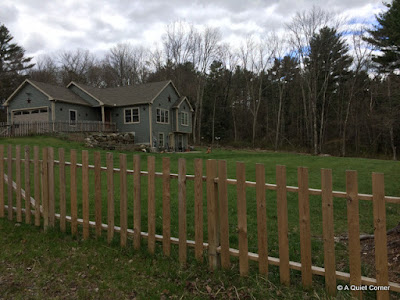 Although something in his voice sounded familiar, I said, ""Bill, I am so glad you called. You had me at the word "Eagle."

He laughed and I knew I had him!

I had totally caught him off guard and now I knew who it really was on the end of the phone.

It was his laugh that gave him away. It was not Bill from the National Eagle Association. Heck, I don't even know if there is such an organization. It was OS (Other Son, who as you know is not really my son, but the builder of our home) trying to disguise his voice!!  He loves to tease me. You know OS.  He's the young, handsome, strapping fellow that I always feed and give baked goodies to.)

After his laughter stopped, he went on to tell me that his Mom had told him to give me a jingle because one of the Eagles was perched in the pines.  "OM, you'd better get in the woods." 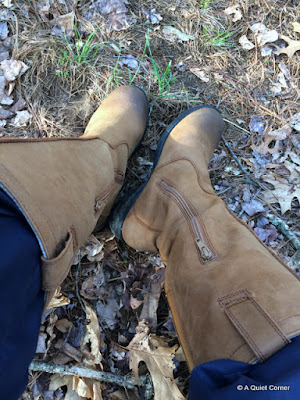 Hitting [End Call], I immediately began putting on my nylon pull-on pants over what I had on,   Then stepping into my boots while I slid my arms into my camo fleece, I grabbed zoomer and my cap and was out the door.

Walking down the all too familiar path, I turned South and there it was about 130 yards away. It let out it's "call," which to me says "I know you're there." 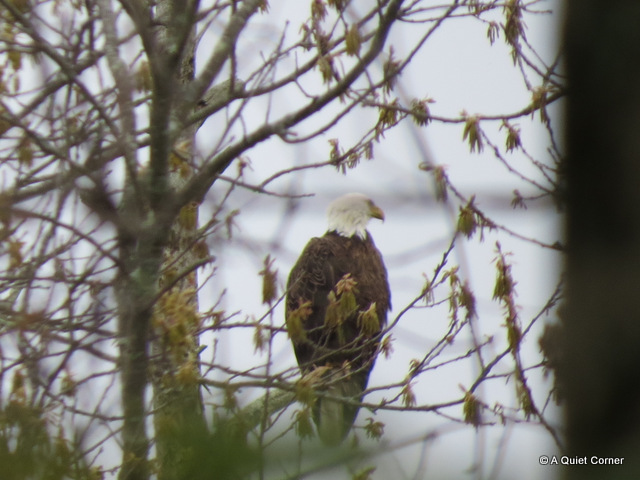 Now if only it would stay put until I got in, I thought. And it did as I sat and observed...until it started to rain. Then it spread it's wings, circled tightly and quietly entered the cluster of pines where the nest is located.  So, I folded up my three legged stool, flung it over my shoulder and headed home to make a nice big cup of Vanilla Chai tea.


Can you identify people by their voice, their laugh or their "call"?

MadSnapper said…
most people i know their voice on the phone, but we do have caller ID, ours come up on the TV if it is on, shows in the phone handset and if that is not enough our phone talks on the 2nd ring and says who is calling. OS is very kind to let you know about the eagle and also to funny to fool you.... glad you got to see and hear him
May 11, 2016 at 11:51 AM

Anonymous said…
Oh wow, how wonderful to see and photo this magnificent bird. Thanks for sharing. And enjoyed the cute trickster.
May 11, 2016 at 12:19 PM

Pat @ Mille Fiori Favoriti said…
Lol....I have caller ID on my phone that announces the name of the caller, but sometimes it only says the location. Glad you were not fooled by your "other" son. Love the eagle photo!
May 11, 2016 at 12:58 PM

Lisa @ Two Bears Farm said…
Most of the time although if I call my grandmother and my mom is there and picks up, it always confuses me! Nice eagle shot.
May 11, 2016 at 2:50 PM

Ann said…
Nice shot of the eagle. Some people I can tell right away by their voice but there are a few who no matter how many times I talk to them on the phone I still have a hard time figuring out who it is
May 11, 2016 at 4:30 PM

Breathtaking said…
Há há!:)) A fun phone call, and a lovely friendly neighbourly gesture, to let you know about the eagle. So glad you managed to get this great shot.