The Case Of The Missing Peel

Saturday morning while I was cooking the bacon for breakfast, putting the finishing touches on the pasta cucumber 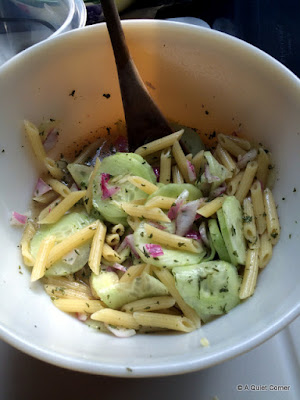 and making chicken salad up for lunch, the Pres kept wandering by.  At first, quite honestly, I thought he was just watching what I was doing.  He does that.  He loves to stick his nose in my business when I'm in the kitchen.

After milling around me in the kitchen opening/closing cupboard where his meds are, opening/closing the trash binny, I heard him go out into the garage and when he returned he said, "Okay, that's what we'll do for supper tonight.  There's sweet potato fries in the freezer.  They'll work."  (We had been talking about what we would do for supper that night.)

And then, there he was again...opening the trash bin, closing it, looking in the frig, closing it, back out into the garage, back in...just looking.

Unable to stand it anymore, I said, "WHAT are you doing?"

I hope to heavens you are laughing as hard as I am while I try to type this because that's exactly what he said!

The next thing I knew, he opened the trash bin, pulled it out completely and began digging through it.  Then he picked up the banana peel he'd thrown in there and said, "Oh, here it is.  I didn't loose any of it.  It's all here.  I thought I lost a piece of it somewhere." 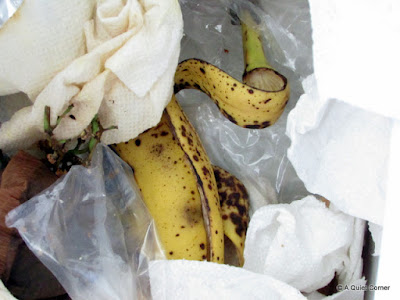 Are you flipping kidding me?????

It's almost as funny as when I was trying to climb back onto a paddle boat!

The Case of The Missing Peel


You do know the benefits of laughter, right?

eileeninmd said…
Hello, it is amazing how much time we spend on looking for "lost items" in the house. My hubby is always loosing his eyeglasses. Thankfully, we have not lost a banana peel. LOL

MadSnapper said…
i do know the benfits of laughter and I am getting some now... my question is WHY did he care if a piece was missing... still laughing.... that cuke and pasta looks yummy
August 19, 2016 at 1:10 PM