The Catch of The Day 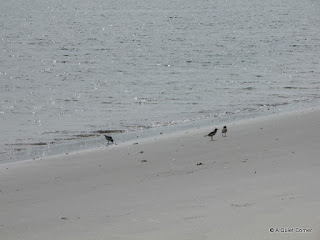 A bright, sunny day at the beach last week, I had some difficulty taking pictures of the beach birds.

The sun was so bright, I couldn't see my subjects because I only had my small camera with with me. 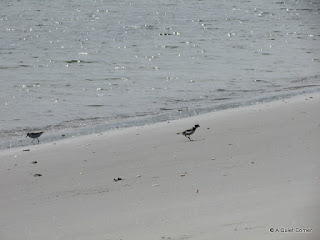 Feeling pretty lucky to have gotten these few shots of the Plovers which I find so darling with their skinny legs dashing and darting everywhere along the water's edge. 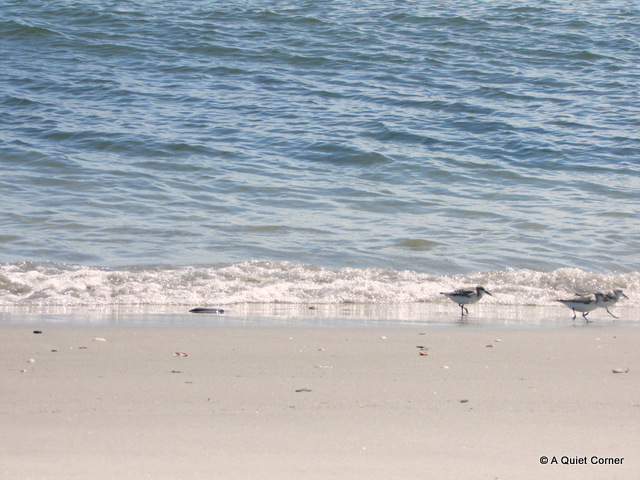 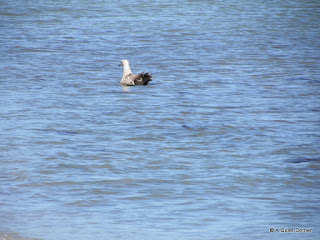 Then the Gulls caught my eye.  Good gravy they were diving for something!

Repeatedly diving...again...and again...and then swoosh...out of the water.  Once they gained altitude they would drop something to the ground below, swoop down, pick it up and once again, let it plummet to earth.

"Babe, what are they doing?" I said to my daughter.  "Trying to crack the crab's shell," she said nonchalantly. 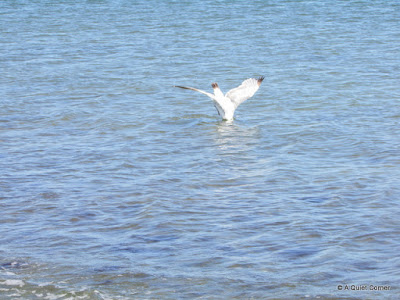 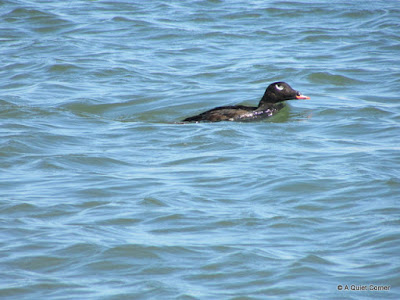 Then I spotted this "WHATEVER" bobbing along.  It's rather interesting, isn't it...especially for a "WHATEVER."

Then, when we were leaving, my daughter opened the sunroof and there it was... 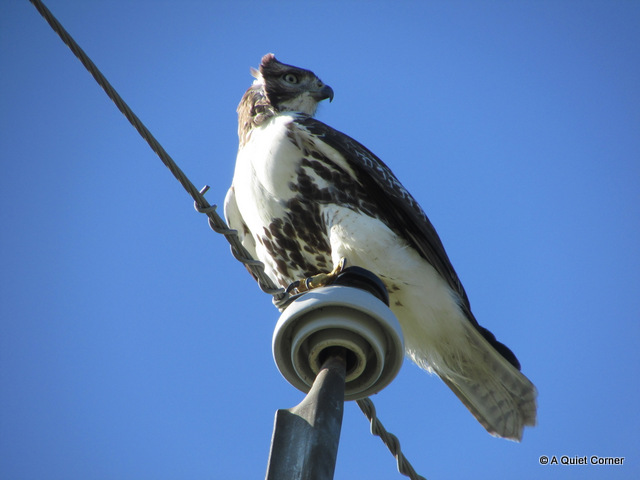 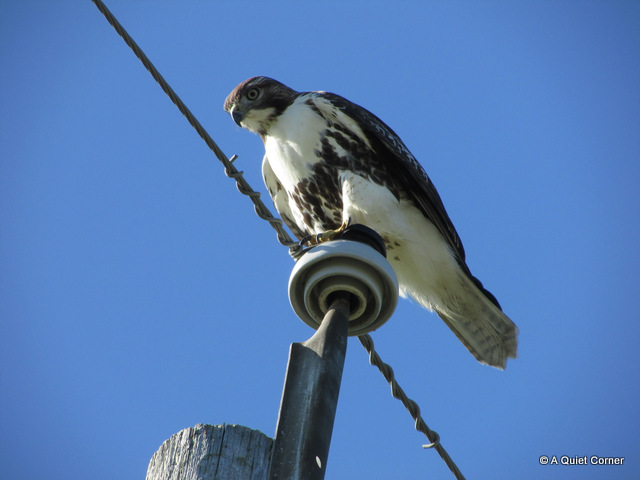 Peering down at us as we stopped to admire it, the Osprey must have known my heart belongs to raptors.

just seeing, saying and sharing...The Catch of The Day

eileeninmd said…
Hello, The plovers are so cute. I love the Osprey. I think your whatever bird is a white-winged scoter. Happy Wednesday, have a great day!
August 24, 2016 at 6:57 AM

Sylvia said…
JP, I was going to suggest your whatever bird was an American Coot but I believe Eileen is right. Have a great day. Sylvia D.
August 24, 2016 at 9:58 AM

Susie said…
JP, You did pretty good with your bird shots. The osprey was beautiful. Aren't you glad the gulls didn't try to drop the clams on you. That could hurt. Fun to be with family isn't it? Blessings, xoxo, Susie
August 24, 2016 at 10:57 AM

Florida Farm Girl said…
Your "whatever" bird is a white winged scoter. If you don't have it already, download IBird Pro on either your smart phone or an Ipad or kindle fire. It's a great tool.
August 24, 2016 at 12:19 PM

Larry said…
Nice shot of the scoter and the osprey! It looks like you had a productive shorebird day.
August 26, 2016 at 6:50 PM