The Hike That Wasn't 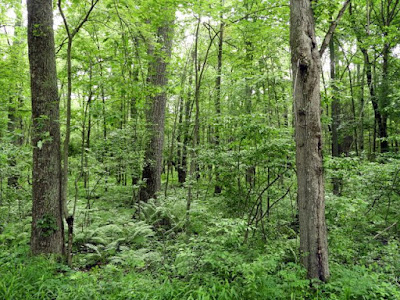 Signing up for a hike way back in March that was scheduled for June 2nd, I couldn't wait for it to happen.  Described as "a 5 mile loop hike through remote section of Blue-Blazed Nipmuck Trail in Yale Forest, with some steep sections and two overlooks, " it had my name all over it.  I thought it sounded so adventurous and awaited the day's arrival with great anticipation.  It was just one of many held to support Connecticut Trails Day Weekend Celebration (over 240 events statewide sponsored by CT Forest & Park Association).

Well June 2nd was a few weeks ago and unfortunately Mother Nature literally gave us lots of rain.  The hike was CANCELLED and I was disappointed.  Postponed to the following morning, I prepared myself mentally as I did a few things around the yard, rain and all. 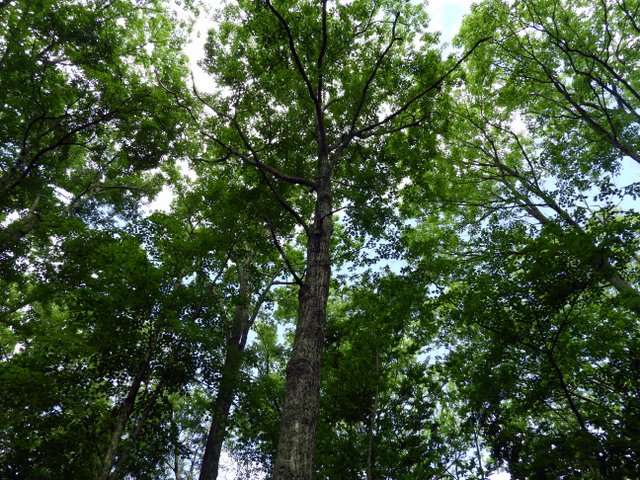 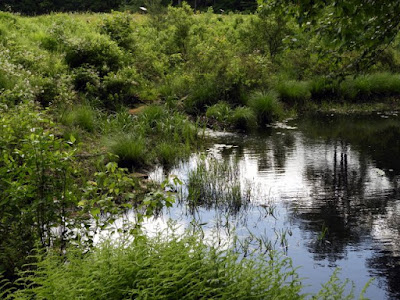 That next morning however, as I dressed in my insect repellent hiking pants, shirt and shoes, the pain in my back just wouldn't stop.  Was it too much heavy lifting while doing yard work in the rain?  Was it that bag of bird seed that I carried from the garage to the metal bin?  Or was it when I began to slip (but caught myself thank goodness!) walking through the muck?    Whatever caused it, "I have to bail," I thought as I texted Bill.  At my age, one wrong step on a slippery slope or rocky ledge could have serious consequences.

A few days later after I went on my own hike. 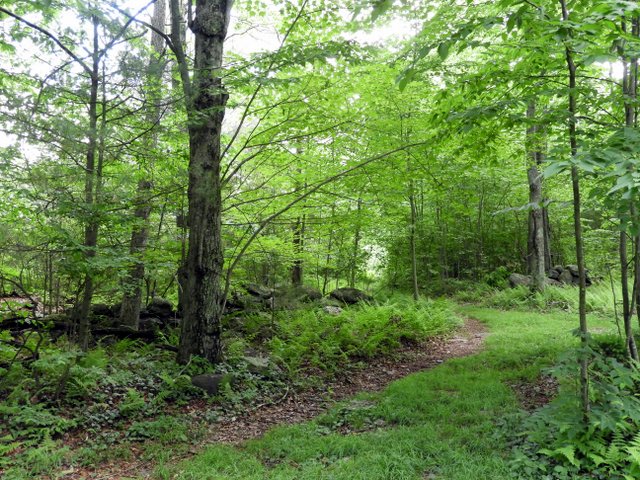 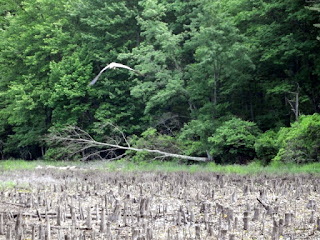 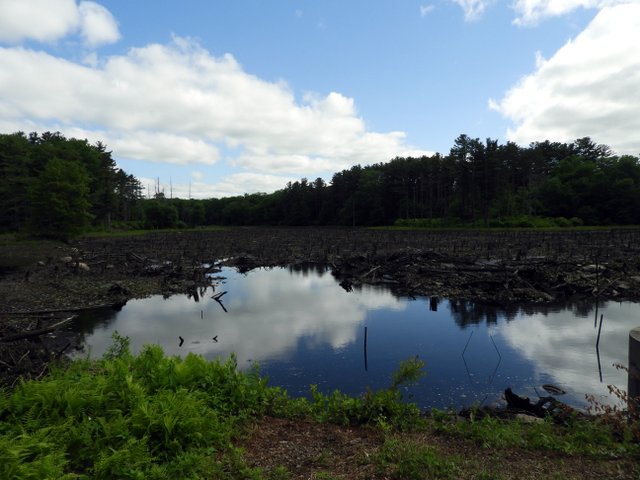 The Hike That Wasn't
(Find Your Own Reflections)

Beatrice P. Boyd said…
Sorry you missed the hike because of bad weather and then back aches, but better to not take any chances. I know this from experience, JP. That said, the reflection photo from your personal hike was beautiful.
June 15, 2018 at 1:59 PM

Angie said…
So sorry you missed this hike that was so enticing for you. I did enjoy your 'sub' hike - especially the shot with the trail winding away from us, and the reflection shots. Lovely!
June 18, 2018 at 12:51 AM