We've heard those words all our lives.  But have YOU EVER?
Truth is...I did and this is what happened... 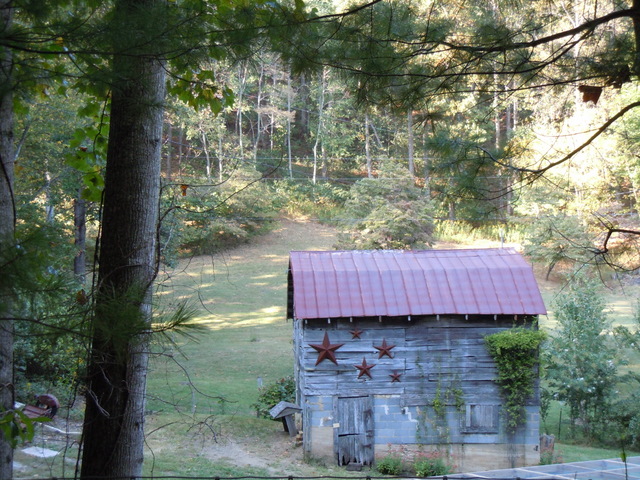 When we lived in the "hollow" in Virginia, we really liked our place.  The barn was set up on a hill and had a shallow creek on either side of it...one running through the middle of the yard, the other along the outer edge along the gravel road that descended the mountain. 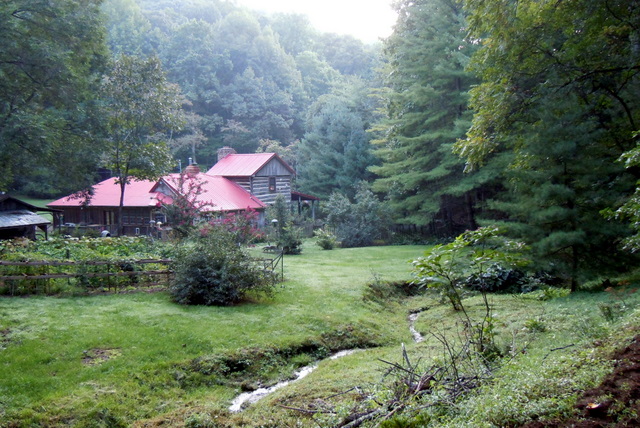 It was a hot, humid Friday and as usual, I had gone to the gym that morning.  After our workout, a girlfriend and I went to lunch and decided to have ONE margarita.  It was the first one I'd ever had in my life and boy, it was good!! However, since we'd had lunch, I really didn't feel it so driving the Wrangler home on the familiar gravel road up and over the mountain was the easy part.  It was what happened once I got home that taught me my lesson about drinking and driving.

As the Pres and I sat on the stoop of the old shed to have a "bewski" together (which we did occasionally on Friday afternoons), I suggested that we have margaritas after telling him that I'd had one earlier that afternoon and enjoyed it so much.  Minutes later the blender was working to make the cool refreshing Summer drinks.  He and I sat and sipped away until the batch was gone.  Then he said, "Lets cut the grass now that the sun has gone down and it's cooler.  You use the rider and I'll use the commercial walk behind."

Heading for the upper hillside, field and the majority of the three open acres, he buzzed around like always while I sat on the rider cutting the section from the house to the barn.  I'm not sure how it happened but the next thing I knew one rear wheel of the rider was hanging over the bank and the other was stuck in the bank.  I was able to shut it off and climb off although the entire mower was tilted sideways.  Walking over toward the are he was cutting and waving my arms in the air, I finally flagged him down.

He took one look and said, "I'll get the chain and pull you out.  Then you coast  down the hill to the garage.  Geeze...you took the tire right off the rim!! #$%&@*&%#!!"   The next thing I knew I had a huge chain hooked to the front of the rider.  Holding on for dear life, I was up and over the edge of the bank and rolling down the hill toward the house and garage.  Before I knew it, the rider gained momentum and soon I passed the Pres.  The last thing I heard as I descended the hill was "Watch where you're going...steer...don't
hit the fence...there's no brakes!"

Well, needless to say, I made it unscathed HOWEVER, since then I know that if I'm going to drink, I DO NOT DRIVE ANY KIND OF MOTOR VEHICLE.

just seeing, saying, and sharing...
Truth Is
with you and those at
Thankful Thursday

Anne (cornucopia) said…
I chuckled a little, despite the seriousness of the story and situation. But as the saying goes, "it could have been worse" so luckily it wasn't. Your house and yard there were beautiful. I like that it was surrounded by woods. Very peaceful and tranquil looking.
July 11, 2019 at 10:08 AM

Hootin' Anni said…
I swear...you wouldn't catch me doing something like THAT! If you believe me, I have a nice patch of dirt for sale...On the MOON!

Ann said…
My driving and drinking occured before I was even legally allowed to drink. Friends and I went to NY where you could drink at 18 instead of the 21 in Pa. I was the driver for the trip. I made it but I sure don't know how.
Lucky your incident was only on the rider and in your own yard.
I don't drink often and it doesn't take much for me to be impaired...lol which is why if I'm drinking I'm not driving.
July 11, 2019 at 4:36 PM