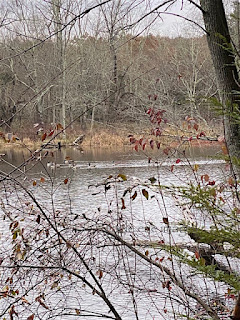 Up earlier than normal, I was dressed and ready to head to the river.  Seeing no sign of the adult eagles for the first half hour, I walked toward another cove where they quite frequently hang out.

Coming out of the cove were seven Canada geese which I love to just watch move through the water.  Standing motionless as they began to approach I was afraid my cell phone wouldn't get a decent pic but tired anyway.

Just as they were almost even with me, I took the second shot and then the third.  It figures the day I don't bring the camera, I see all the action!! 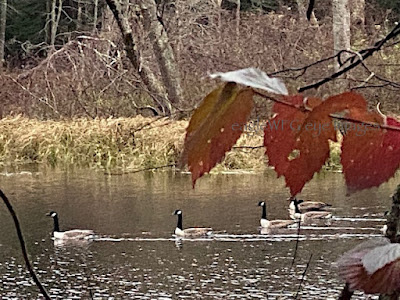 seeing, saying, and sharing...
Forever Fall
with you and those at
Wild Bird Wednesday
The Bird D'Pot 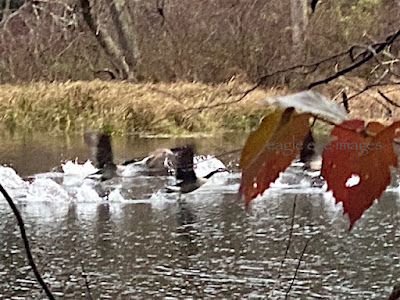 Ann said…
That's always the way it is. You find the most photo ops when you are least prepared for them. These days I mainly just use my cell phone since I always have that with me.
November 11, 2020 at 5:57 PM