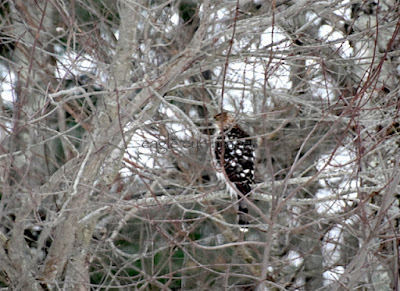 Although I do not like the idea that the area hawks visit my bird feeders, most of the time the birds have already evacuated the premises when one lands close by.   Thanks to the vigilance of the many Black-Capped Chickadees, which serve as sentries, most of time the Jays, ground birds, and squirrels are safe.

Hawks are fascinating birds and their presence and behaviors are almost predictable.  They, like so many raptors, symbolize the power of observation by studying the situation before taking action....something many of us should do.

Their flight pattern is very cool.  A narrow-tailed forest dweller, their flight is characterized by several quick flaps and a glide....remember:  short bursting flaps punctuated by a glide...flap, flap, glide. 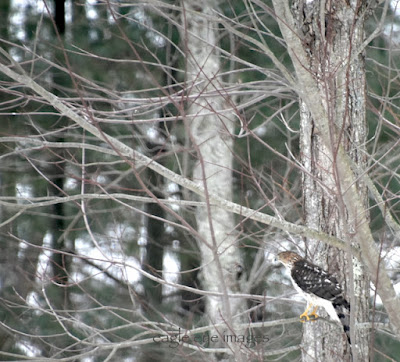 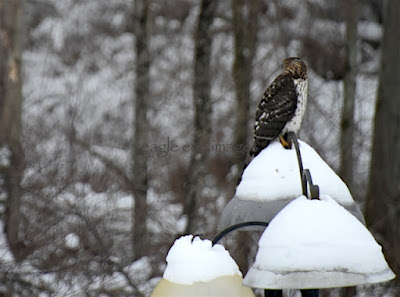 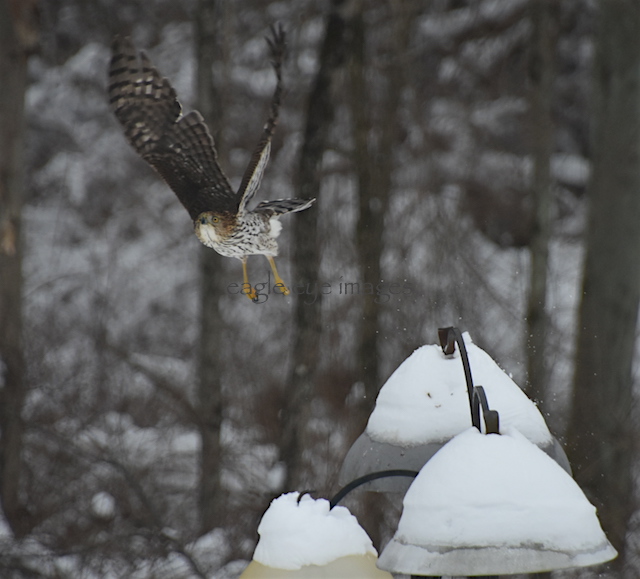 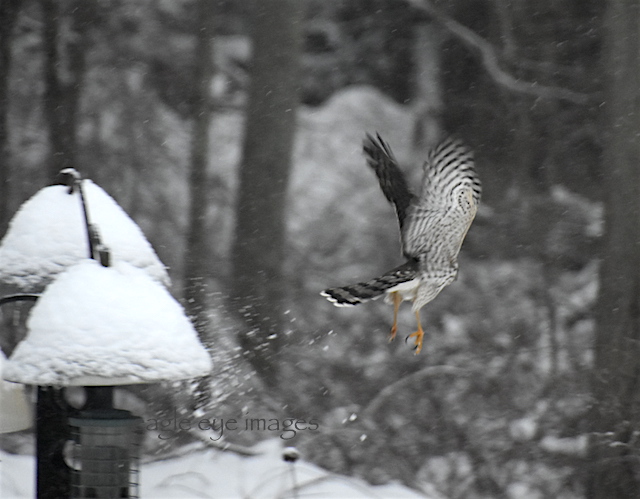 Sandra said…
this guy is a beauty, i am not overly fond of our hawks, they eat all the birds and squirrels, their food supply is short here due to to buildings taking their space, and I know that..
December 31, 2020 at 8:43 AM

Debbie said…
what a great title for this post!! my blue jays usually alert everyone and then the feeders become empty. as much as we don't want to see them, they are beautiful. really nice captures!!!
December 31, 2020 at 10:53 AM

Great series on the Hawk, it is a beauty! I know they have to eat but I feel sorry for my yard birds. The Jays do let me know when a hawk is around. Happy New year! Have a great weekend!
January 2, 2021 at 2:37 PM

~Lavender Dreamer~ said…
He sure is beautiful! I don't think we've ever seen one of those Hawks here but I think they are around. Happy New year! You got great pics!
January 2, 2021 at 4:03 PM

Jean said…
Always enjoy seeing hawks in the backyard though I don't like to linger on what they're eating too much. Hopefully, my chickadees also help warn of the danger. Great photos! Happy New Year!
January 2, 2021 at 8:15 PM

Anni said…
I notice (even out in open country) when a hawk is nearby, other birds are scarce. This one is gorgeous! I want to be positive that 2021 will be better than 2020! Happy New Year & thanks for sharing your first birding post for the year!!
January 3, 2021 at 5:42 AM