On the morning of December 4th, I was heading to the river as usual.  Something in my gut told me to head to where my old Eagle's nest was.  That nest produced offspring since 2017, although last year 2019-2020, it failed.  The eggs were deemed nonviable.  Watching the pair fly off and leave the nest in late March broke my heart, yet I knew that Mother Nature is, after all, in control.

Reviewing my notes on that particular nest site, I saw that the adults arrived long before our typical mating season so I would occasionally take a run out there.  My routine has always been to take a photo of the nest AFTER the pair (and fledglings if any) vacated the premises for the year.  The photos become my "benchmark" to compare when and if any work is done to the nest for the upcoming season.

It's looked untouched and empty throughout September, October and November and I actually began thinking that the pair might not return.  Sometimes, when a nest "fails" the adults will either rebuild a second nest within their territory or move on entirely.  Again, nature's way.

So, on the morning of 12/4,  I arrived long before daybreak.  Sunrise was a long way off.   Standing there in the dark looking in the direction of the nest, all I saw was total darkness yet I felt something.  And then I heard them..."chitter, chitter, bleek, bleek, bleek"!  Waiting patiently for daybreak, I stood silently clutching my binoculars and phone ready to dictate notes  It seemed to take FOREVER to get light enough.  Yet when it did, there they were, perched on their favorite branches connected to the nest.  (Look for the two white heads.)

When I left that morning, I was, as usual thinking about my BFF who died last year.  It was her that told me to come look.  That day was the day she died. 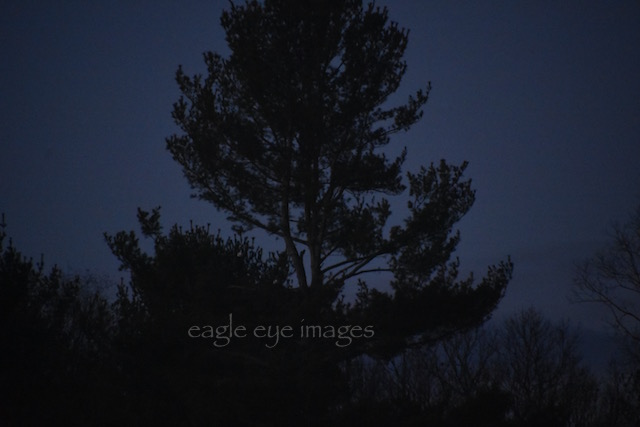 Great post JP! Last year the Eagles in my area did not do well. I will check out their old nest soon to look for any activity. Just seeing the eagles is a treat for me. Thank you for linking up and sharing your post! Take care, have a happy weekend! PS, thanks for leaving me a comment.
December 12, 2020 at 11:15 AM

Tanza Erlambang said…
Love to read your story about birds and their nest, but very said to read your last sentences:
"When I left that morning, I was, as usual thinking about my BFF who died last year. It was her that told me to come look. That day was the day she died."

~Lavender Dreamer~ said…
That is sad but I'm glad you keep going and seeing amazing things like this! Thanks for sharing your story!
December 12, 2020 at 5:00 PM

Hootin' Anni said…
What an amazing read, and to find out they have returned...maybe your "gut feeling" was guidance from your list friend?! Thank you very much for stopping by IRBB to share your link to this post!
~Anni
December 13, 2020 at 4:38 AM

Jean said…
I hope the eagles serve to remind you of happier times with the friend you lost. Glad that you were able to go and see them.
December 13, 2020 at 9:18 PM