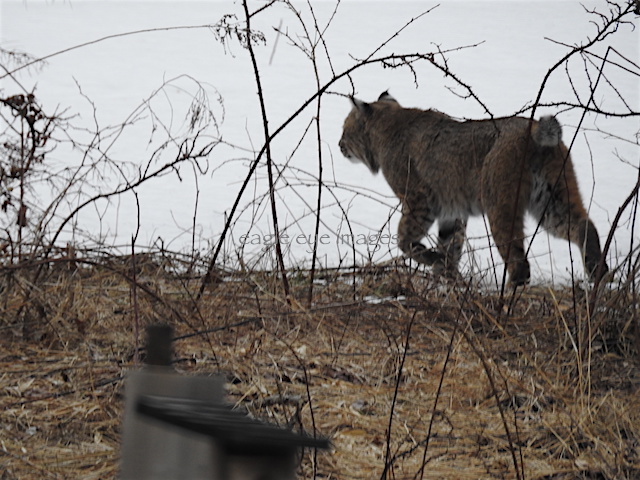 Is anyone out there good with tracking small mammals?

I am not...not yet.  Telling myself that I would take a tracking class, I finally decided I absolutely HAVE TO!! 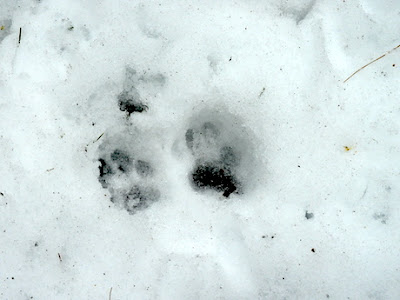 The recent snow we had left minimal white stuff on the ground yet it was enough for me to notice all the tracks that I see coming out of the woods heading to the river and back again.  I can positively ID the bobcat tracks because I'm familiar with those since we had a pair that included our place in their territory.  I was always interested in tracking where they went and from whence they came while the Pres thought I was crazy...LOL! 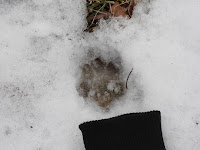 This morning, I saw all kinds of tracks...in addition to mine.  Yes, I'll admit I was thankful that I was wearing my "yaktrax" because it was a little slippery in spots.  Then on my way back to the car, I realized that one of them had fallen off my boot during my trek.

So I tracked myself until I found it. 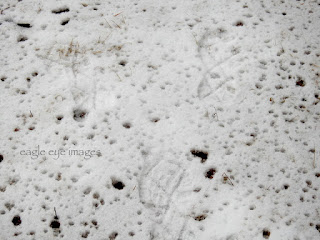 Sandra said…
i like following tracks on the beach, no snow here but the beach keeps prints, each bird is a different track and all kinds of dog tracks
January 30, 2021 at 9:00 AM

Debbie said…
when we get snow, which is not that often anymore, i see a lot of cool tracks that are difficult to identify!! i think there are more critters around here then i think!!
January 30, 2021 at 10:22 AM

That is a cool shot of the Bobcat. I see all kinds of tracks when it snows, but I am not good at id-ing the tracks. Thank you for linking up and sharing your post! Take care, enjoy your weekend! PS, thank you for visiting and for the comment.
January 30, 2021 at 11:53 AM

Rain said…
Nice photos...I'm able to figure out rabbits, squirrels, raccoons, deer and coyotes. But only when there is fresh snow!
January 30, 2021 at 4:16 PM

Ann said…
I wouldn't know one track from another. In the case of the bobcat though I would want to know where it was going so I could go the other way.
January 30, 2021 at 5:10 PM

~Lavender Dreamer~ said…
Some of our tracks are very sandy...white and sandy and we see so many tracks. I always thought the round tracks that don't show the claws were a cat track....showing claws would be a coyote or wolf or dog. And then the wider track a bear. But it can be hard to tell. I think you are seeing a Bobcat for sure! Have a good weekend!
January 31, 2021 at 8:43 AM

Anne (cornucopia) said…
I'm not good with tracks, but I've done an Internet search to help me. I had some with the last storm, that I determined were from a coyote. You're lucky to have Bobcats roaming around your yard!
February 3, 2021 at 9:10 AM