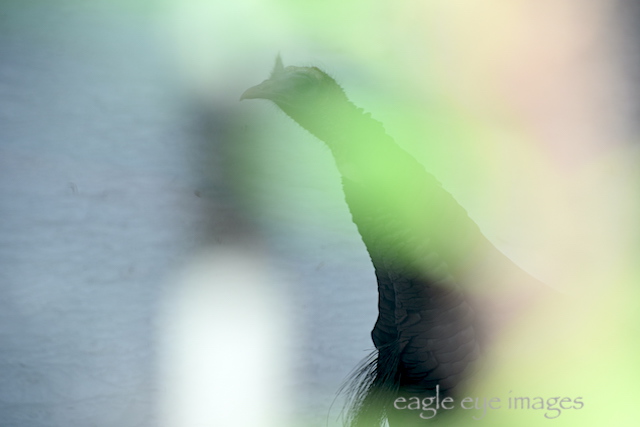 I know.  I know.  The photo is a little odd to say the least, yet if you look through the blur, there's a young Jake who was peeking in the DR window...Hey, anybody in there?   Meanwhile the others paraded along the plowed pathway to the bird feeders knowing all too well that seed would be scattered for them. 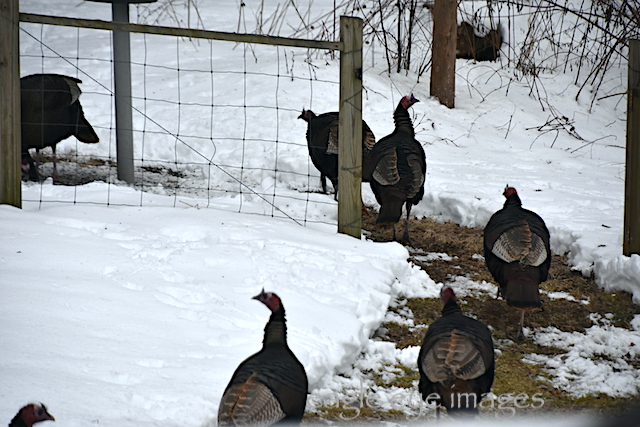 Then another young male decided to investigate the deck stairs...probably because they were shoveled off and easier for him to walk. 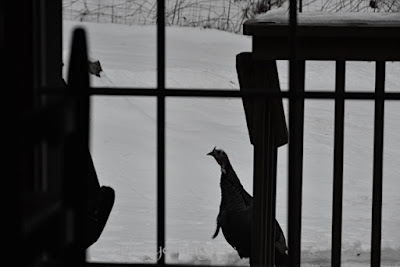 However,  after examining the entire flock "best in show" went to the the young couple that paraded past the kitchen window.  Moving slowly along the path and long enough for me to get these shots of them in their "down" outerwear, they clearly won first prize. 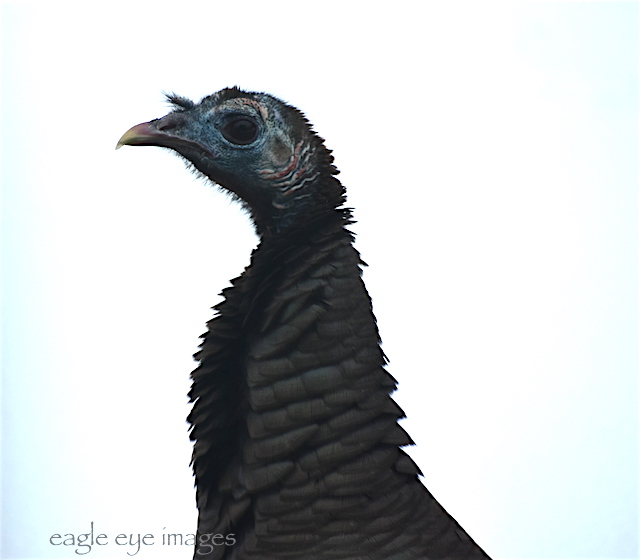 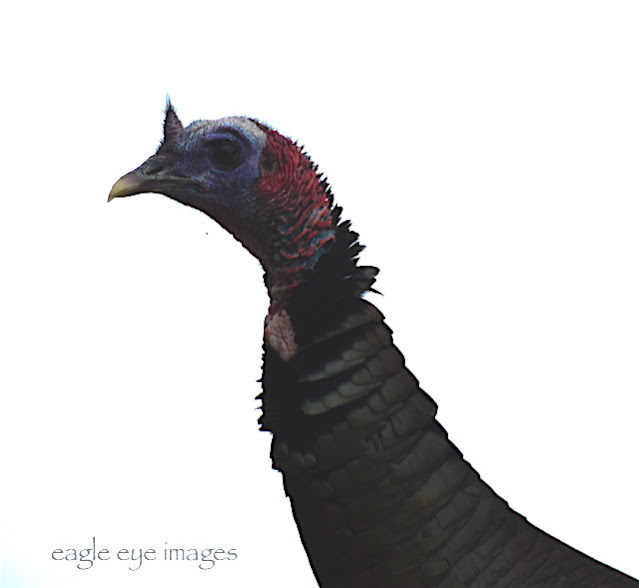 Ginny Hartzler said…
These two closeups are so sharp and good! And your first picture...I think it is artistic and pretty.
February 17, 2021 at 1:22 PM

Beside a babbling brook... said…
That first pic is not odd at all! It is interesting, and different, and a nice change, from just-as-it-is pics! I love it!

Dave said…
The first image does exactly what you said 🤓 once your tuned in there he is
Always great to get unexpected visitors
February 20, 2021 at 1:34 AM