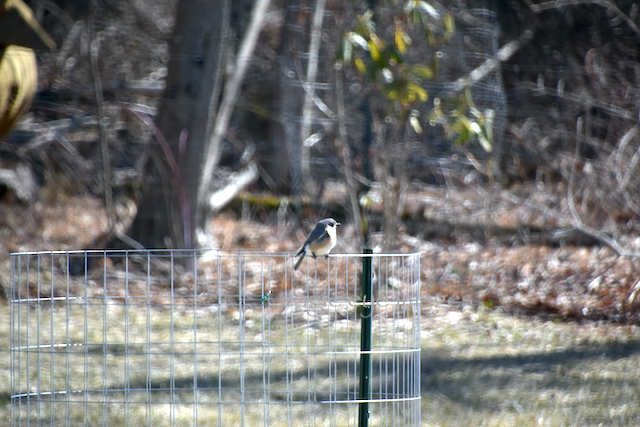 When I saw the pair of Easter Bluebirds checking out the nesting box we have along the East fence, it didn't matter that I would take these through my kitchen window  He was at the entrance of the box and she was on it's roof.  He flew off to perch on the Pres' garage roof and she flew down and stuck her little head inside the opening. 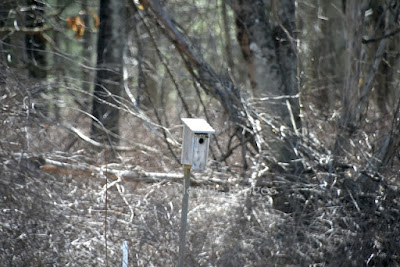 And then it began...Spring nesting behavior.  Finally she sat on the fence we have up around the Deutzia and just watched while basking in the sun.  He gathered and gathered, flying back and forth, picking up dried pine needles and fine grass.  Then they worked together stuffing the old box.

We have four bluebird boxes on the perimeter of our yard.  This one faces East and gets the sun from the Southwest and West, while the remaining three boxes are located with their backs to the North and get all the sun they need from the South.

When she was done for the afternoon, she returned to her little respite and let the sun beat on her back.  After all, tomorrow is another day. 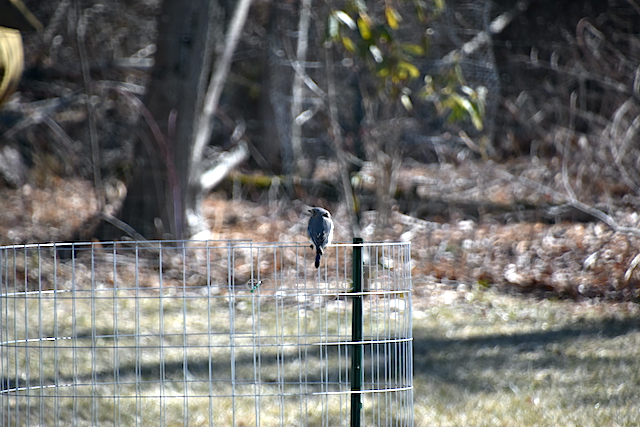 Florida Farm Girl said…
Lovely. I'm waiting for the phoebes to return to the nest seen out our master bath window. Two clutches were raised in it last year.
March 15, 2021 at 10:31 AM

Ginny Hartzler said…
The pictures are so sweet! How fun this would be to watch, makes me want some boxes. SO, the male helps build the nest, cool!
March 15, 2021 at 2:19 PM