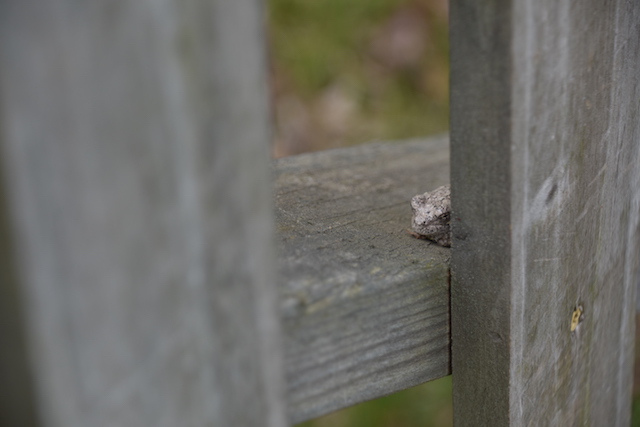 Mowing the lawn earlier today because rain was expected later, I blew off the pulleys so Lucy June would be ready for next time.  Then I walked over to the garbage bins and wheeled them back into place before heading to the double wide gate where I enter and exit the yard.  Now that the double was closed, as I reached for the latch on the single gate, I spotted something ABSOLUTELY ADORABLE. 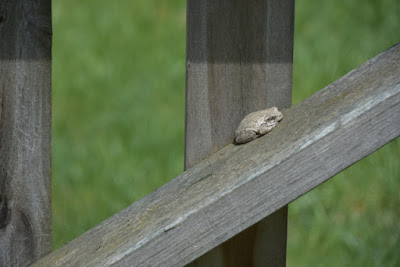 Acknowledging my presence, it blinked it's eyes as I moved.  Backing away slowly I hoped I wouldn't startle the handsome fellow.  Then I opened the double gate, ran into the house to get the camera and returned.

About an hour later, after helping the Pres remove the fencing from some of our shrubs, I said, "Come see something over here if it's still here."

So then before sharing him with you, I wanted to find out what it was.  Hmmmm, after quite some time reading about frogs and toads, I wondered if in fact this guy is a GRAY TREE FROG.

Does anyone know what he is???? 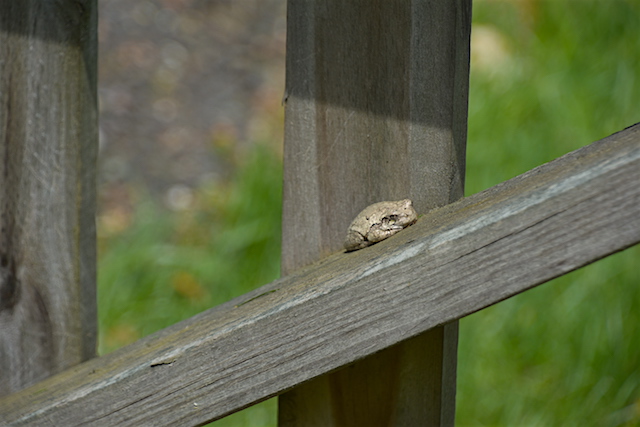 MadSnapper said…
I think it is a frog and it is adorable and I would take the same photos. no idea what kind and if you told me I would not know tomorrow.
May 8, 2021 at 1:29 PM