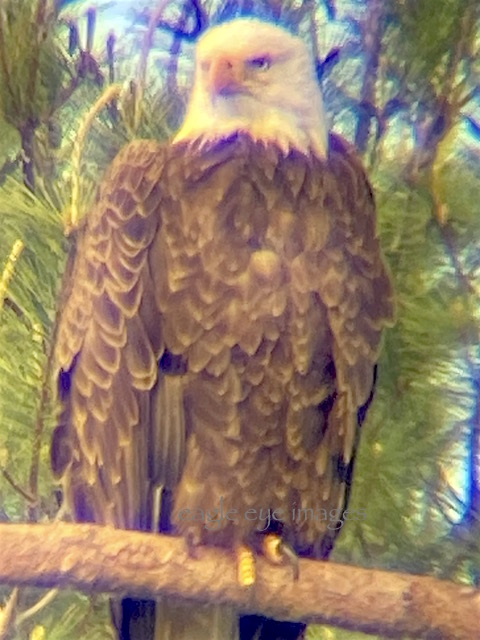 Trying to get a few numbers off the bands worn by the female Bald Eagle has been a real challenge to say the least.  I just cannot get her to turn her leg for me to get a clear shot.  However, she did show me just how far an eagle can rotate it's head. 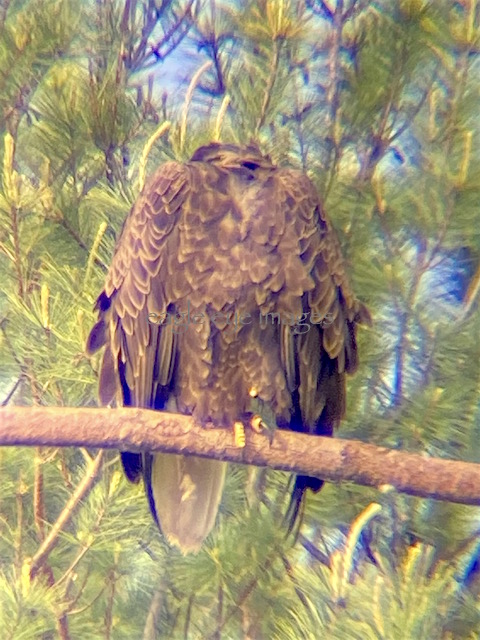 Debbie said…
they are so majestic and beautiful, they always prove a feeling of excitement for me!! i did not know about the head rotation!!
June 7, 2021 at 8:51 PM

Ginny Hartzler said…
I didn't know this. Wow,she looks headless in the last shot. So if you manage to see the band numbers, would you know what they mean?
June 7, 2021 at 9:34 PM

Phil Slade said…
Good try JP. Depending upon the numbers and sequence, it may still be possible to trace your eagle. Email your US branding scheme.
June 8, 2021 at 9:27 AM

Beatrice P. Boyd said…
Just learned something new about eagles in this post, JP. Hope you can get a clear view of those band numbers, but not an easy task for sure.
June 9, 2021 at 2:29 PM

Do you have a spotting scope? Would be an aid in getting that reference from the bands... if of course she decides to turn for you.

Of course she is just beautiful isn't she

Hootin' Anni said…
No matter her band number, she is incredibly beautiful!!! Thanks for sharing this with us birders at IRBB.

Ethereum (ETH) is the second most valuable and popular cryptocurrency after Bitcoin (BTC). Ethereum’s popularity has skyrocketed among its consumers. With this in mind, many people are now searching for How to Mine Ethereum? Ethereum Mining Software or Best Ethereum Mining Software? Suppose you already have Ethereum mining equipment and a secure wallet. In that case, all you need to do now is to choose the finest Ethereum mining software to help you to manage all your mining operations effectively.

In this article, you will find out the Top 5 Best Ethereum Mining Software, their features, how to download them, and much more… But let’s begin with the basics of Ethereum.0