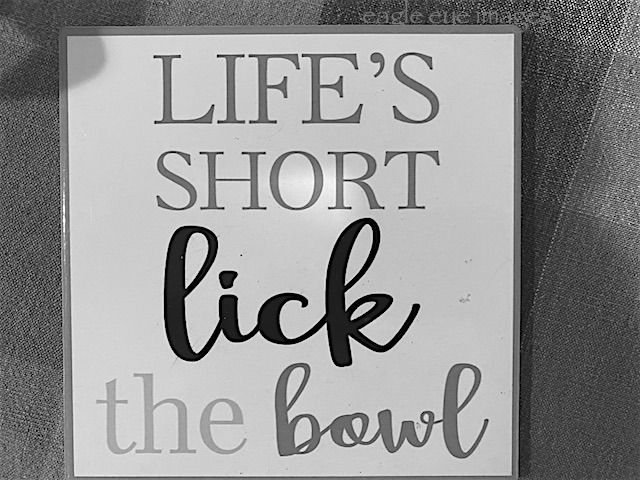 Two weeks or so ago, the suspension on my son's 2016 Audi broke, so he began using his twenty one year old VW GTI that was in MINT condition (because it is hardly ever driven).

Fast forward to last Friday when I received a text from him followed by "the call."

"I hit a BEAR driving home from work."

Telling the Pres what I had just been told, I ended with "if he needs my car, we'll drop it off Sunday, okay?"

Yep, you guessed it.  We dropped my car off to him Sunday.  He's used it all week and we still don't know when his Audi will be ready because they had to locate parts, etc.

Anyway for the past week, I kept hearing something my youngest granddaughter (his daughter) had told me years ago when she was in 4th or 5th grade.  Picking her up from school, I asked "what did you learn today?" when she got in the car.  She told me, "Nana, today we learned that no matter what, you should always do the right thing."

Sure I missed my car and my freedom tremendously yet I know that I DID THE RIGHT THING.

One more thing.  The bear was fine.  It got up after being hit in the backend, shook itself off and proceeded to climbed the cliff on the other side of the road.  Apparently it had just come from the creek because when my son picked up the pieces of his $2,000 (yes, $2K) VW bumper now strewn across the road, he was concerned about the muck he found.  Not knowing what it was, he asked the State Trooper if the bear could have internal injuries.   The Trooper responded that they are pretty resilient and if it was injured, it never would have made been able to make that climb.

MadSnapper said…
wow and wow again! i don't have words. yes, do the right thing is exactly what my dad pounded in my head growing up and it stuck. and sometimes it makes me had that I am so INTO doing the right when i don't want to.. glad your son and the bear are ok.. poor VW
June 5, 2021 at 9:20 AM

Stewart M said…
Wow! Not a great story in many ways. We have similar problems here if you hit a big male kangaroo - and wombats are built of concrete so they do a lot of damage too. Unfortunately, most of our wildlife are damaged as well.

Dragonstar said…
What an amazing story! Glad everyone made it OK.