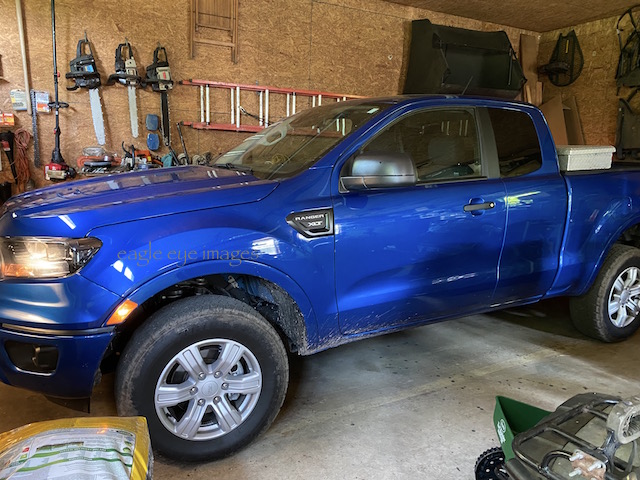 Once again I had to "invite myself to receive an email when someone left a COMMENT on a post!!!  I couldn't understand where you all went...AGAIN!  I should know to immediately reconnect myself but with everything going on, who is thinking straight??  (I really am beginning to think GOOGLE doesn't like me.)

However, here I am with yet another "adventure".

After not driving or going anywhere for a week, this afternoon, after I woke up from my nap, I walked into the GR and said, "Give me the keys to your truck.  I'll be back in about an hour."

The Pres bought his new truck in October and I haven't driven it at all, nor have I been asked if I want to drive it which was fine by me as it's one of those new fangled things where the engine shuts off when you place your foot on the brake and stop.  Then as soon as you take your foot off the brake, it restarts.  Logically that doesn't seem like it's saving any fuel but hey, who am I to compete with the likes of FORD, CHEVY, SUBARU and TOYOTA?

Anyway, I figured what was one more "self invite?"  I NEEDED OUT! 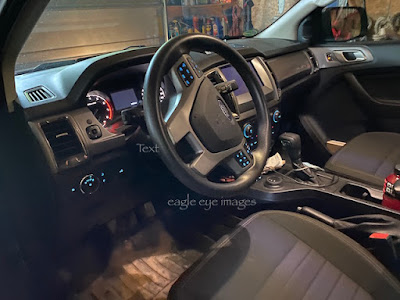 Walking out to his garage, when I opened the driver's door, lights came on, chimes dinged, the dashboard woke up...YIKES...no wonder he likes it...getting all that attention for just appearing!  My real dimema was with his keys.  I didn't know which one to stick in the ignition.  Yep, you guessed it...cell phone call and said, "Which key starts this thing?"

"Is the key fob in your hand?  Hit the small silver button on the key fob and the key pops out...bye."

Well, he was right and after adjusting the seat and the rearview mirror, I was off.  Driving 6 miles to the park where the Osprey nest is, then leaving within 15 minutes because it was too darn hot in the blazing afternoon sun, I didn't see any of the chicks heads...only Mom.  Then I left there and headed to the other Osprey nest closest to home.  Same situation...only saw the female.  Wrong time of day.  Early morning hours are when the birds are most active not in mid-afternoon.

Bottom line is this.  I brought his truck home unscatheed and to tell you the truth, I like it.  Handing him the keys when I walked in, I asked him what all the symbols meant on one of the screens.  "I don't know.  I don't pay attention to them."

One more thing.  My son called.  The two tires for his car arrived.  They sent the wrong ones.  He's FEDEXing those back and hopes to receive the correct ones by the end of the week.  Once the tire are balanced, and the car is aligned, I should have my car by this weekend!!  I have to admit though...two weeks of "doing the right thing"has really cramped my style!

Florida Farm Girl said…
I can go days without getting into my Jeep and having the Prius here most of the time too, but it would drive me nuts to have to "share" a vehicle with DH. Are we spoiled or what? I take it his truck is a hybrid.
June 10, 2021 at 10:18 AM

Debbie said…
hehehehe, this was so funny, what a great read...you write well!!

Ann said…
I think I would get way confused trying to drive that truck. They sure do put a lot of fancy stuff in them these days. I don't know if I would like it shutting off when you stop.
June 10, 2021 at 3:20 PM

Beatrice P. Boyd said…
You are braver than myself, JP, because even though Pat’s Jeep is older then mine (2004 vs 2007) it’s larger and I am uncomfortable driving it. We rented a car that turned off when stopped at a light and found there was an override possible which Pat used every time. He didn’t like this feature, and neither would I.
June 11, 2021 at 7:17 AM

Brian said…
That looks like a darn nice ride and I'm glad you had a fun out n' about! Thanks for joining our Thankful Thursday Blog Hop!
June 12, 2021 at 2:48 PM