Last week when I opened the email, and read it, I responded immediately saying that I was more than willing to help.  I was told about an "active" Eagle nest that had been reported by one of the local fisherman.  Of course I'll go out there to investigate!!  That morning, after I went my regular nest to see if the chick had fledged, I took a ride.  Curiosity had gotten to me once again.

Sure enough, in the woods between two lakes about 1.5 miles apart, there was a shallow nest on top of the cell tower and in it was one CHICK.  Based on it's behavior that morning and subsequent visits, it is about 8-10 wks old and should be also fledging soon. 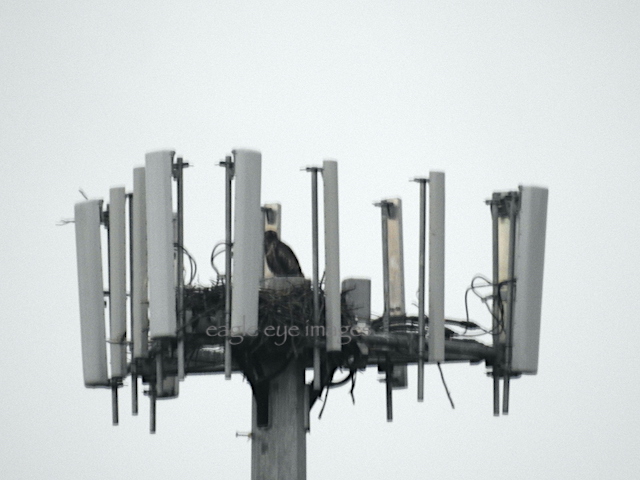 Meanwhile, when I went back to my nest today from 6:12 am-7:15 am (07/03/21), there was no sign of my chick.  The adult male was finishing breakfast which means, I've got to get there earlier tomorrow morning.  It's going to be a great 4th of July...Independence Day, our anniversary (34 yrs) and knowing that my chick fledged successfully and have another fledging soon!! 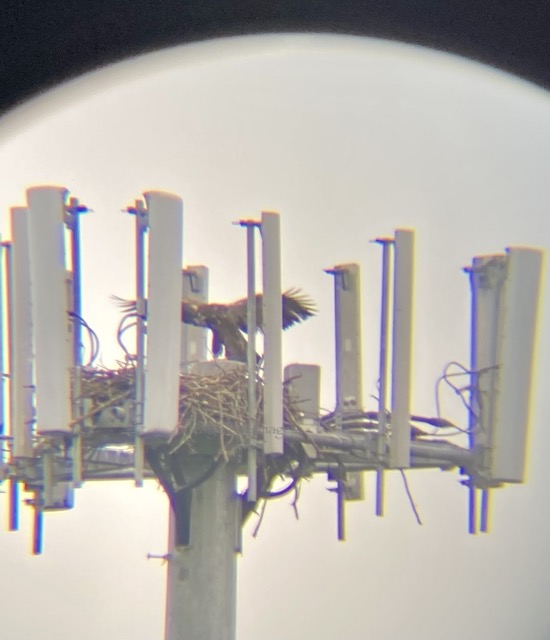 seeing, saying, sharing...
Atypical or Not??
The Bird D'Pot
Natures Notes 2
HAVE A SAFE AND HAPPY 4TH!!

Stewart M said…
What a treat to be able to follow the life and times of these birds. Hope they all do well.

Hootin' Anni said…
Always extraordinary!! And so very exciting. Your photos are super. Thanks so much for joining us at I'd Rather B Birdin'