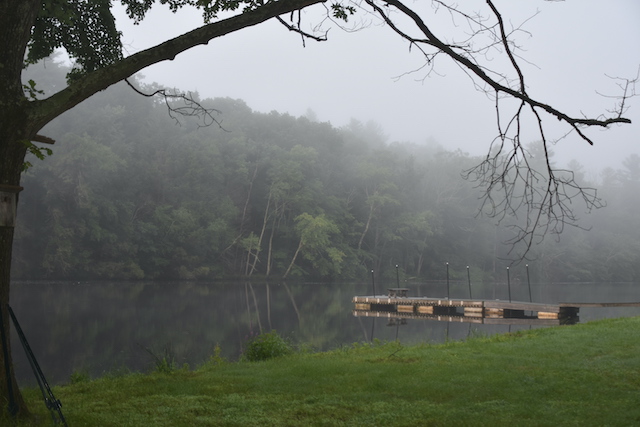 Taking some "me time" the other morning, I returned to the river for some morning mist and a bit of a walk.  In fact, after I took this shot, I walked back to my car to put my camera away although I didn't get too far when I had to turn around, go back to the car and get the camera because...

there in Cove A I spotted the leutistic Bald Eagle which has been hanging around all Summer: 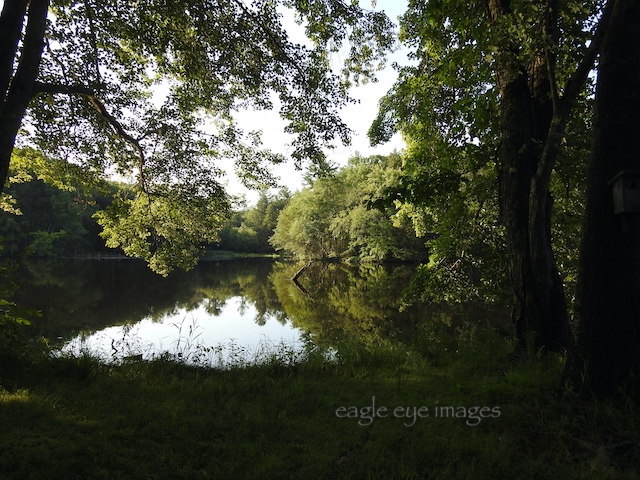 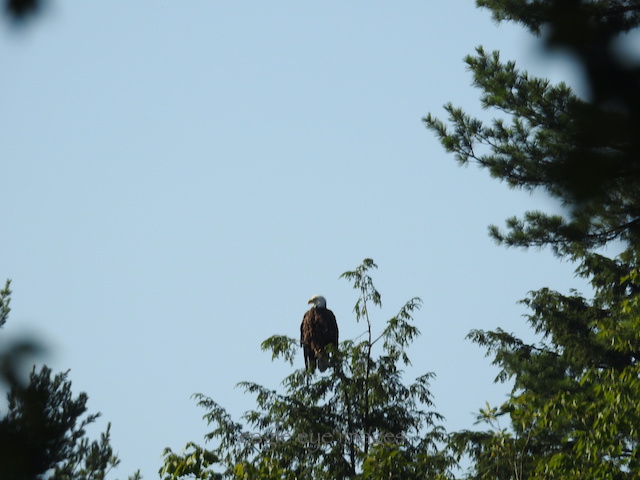 Done with those shots, I returned the camera to my car and began my walk...again UNTIL I spotted the Blue Blue Heron coming in from the East.  Watching it circle wide as it approached the Bald Eagle, it headed up river and landed in the trees.    Hmmmm????
So, back to the car I went, grabbed the camera and began to walk up river.  I think it landed in here somewhere... 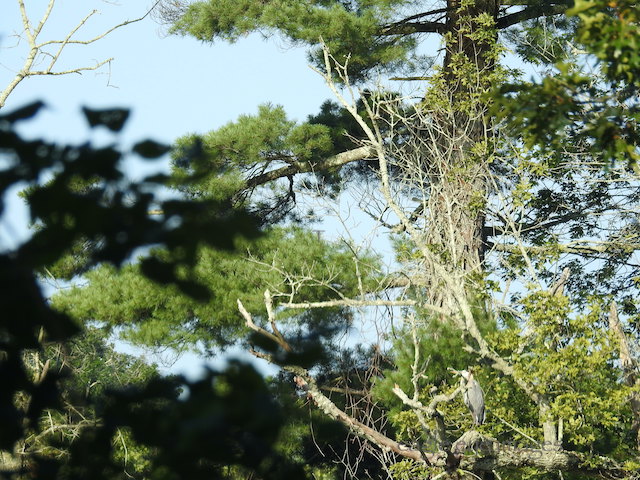 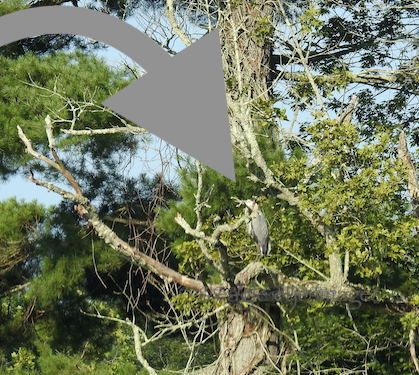 There you go, in case you couldn't find it.  Meanwhile it was now time for me to head home, eat breakfast and become dolly domestic.
seeing, saying, sharing...
Interrupted ME Time
with you and
Natures Notes 2
Wild Bird Wednesday
The Bird D'Pot

Beatrice P. Boyd said…
"Me time" is always a great thing, JP, as is always keeping your camera with you during your explorations. That said "domestic" time is not as fun or rewarding, except when it's completed.
July 26, 2021 at 11:02 AM

Ginny Hartzler said…
Wonderful shots! But my very favorite is your beautiful misty first one. Oh, how lovely, peaceful and...well...misty! I think I would not be able to pull myself away.
July 26, 2021 at 2:20 PM

eileeninmd said…
Hello,
Great sighting of the Bald Eagle and the GB Heron. Love the foggy morning scene. Have a happy day!
July 27, 2021 at 2:01 PM

Debbie said…
me time?? since i have been home from the hospital there has been none of that and i really miss it!! good thing i like my husband! hehehehe