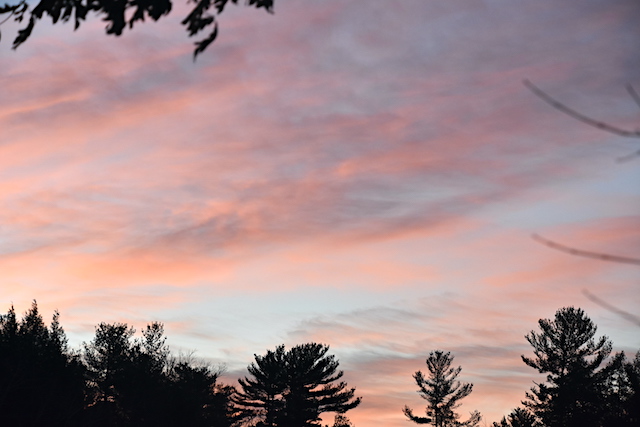 For the entire month of July, I went back to the Eagle's nest to look for the fledgling.  In speaking with people that live at the East end of the pond, they confirmed they had seen it.  I had not, although I heard it repeatedly which told me the adults were feeding it.  It sounded strong and healthy and although I felt it was alright, I just kept returning and returning and returning. I HAD to see it FLY.

For a solid week in July, we had heavy rain accompanied by high winds which made observing impossible.  At the mercy of Mother Nature with the foggy early morning hours, I couldn't even see the pond, let alone find a juvenile Bald Eagle in the trees!

Finally, on the 28th, twenty five days after it fell from the nesting tree, there it was...sitting close to the nest and often settling down to take a nap in the nest, as well as on the adjacent branches.  Then I watched and watched...the same behavior.  It would flap its wings and "hop" until it crossed the nest and went to the branches on the right side of the nest.  It would then go from the right to the left...always flapping and hopping...not flying...never flying. 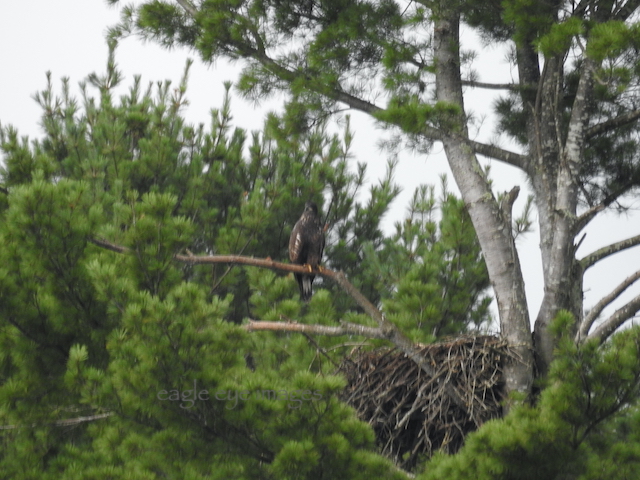 Beginning to wonder if it was injured in the fall and actually couldn't fly, I spent more and more time watching, wondering, and waiting.

On the 31st, twenty eight days after it fell from the nesting tree, it once again repeated the flapping and hopping over to the right.  But then, suddenly it FLEW from the right, behind the nest and landed on the left...a distance that I estimated about 6".  Then it left that side and returned to the right.  Perhaps this was the beginning of its short flights in and around the nest, a typical post fledge behavior. 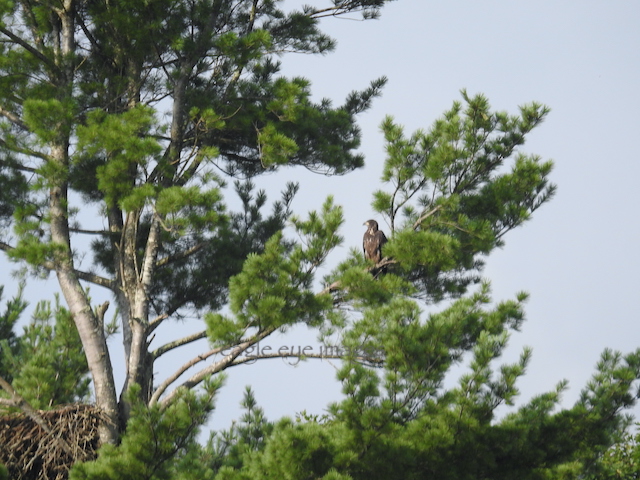 Recording all the behaviors I was witnessing to give to the organization I volunteer with, on the 31st, my cell phone rang.  It was my daughter.  Walking a good distance away to avoid being recorded, I remained focused on the nest as we talked.  Then the young juvenile began sounding the "alert" and I watched it lift off from the branch and soar above the INTRUDER.

The "intruder" was a second year immature (probably looking for a free meal from the nest).  The older, more experienced immature flew around the pond with the young inexperienced juvenile after it.  The younger bird stopped periodically in the trees before taking flight again pursuing the intruder.  Finally the intruder headed West and our juvenile returned to the nest.

Now I was satisfied.  Now I can go home.

Hootin' Anni said…
I was cheering!! Hope the happy day was and will continue throughout. Seriously, you had me cheering.