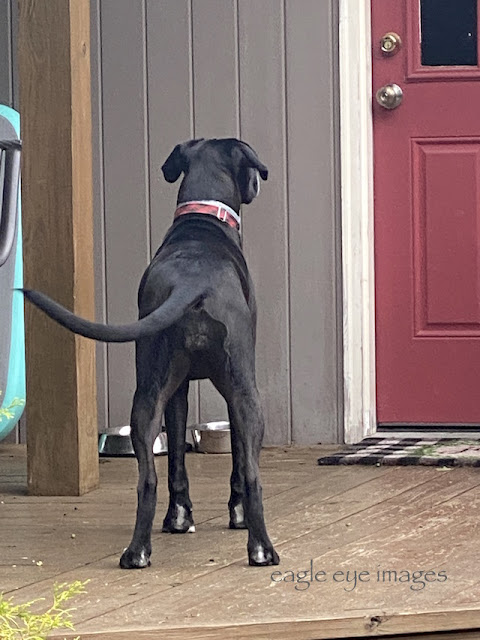 When they asked me if I would babysit for Harley Jean, I immediately said, "Absolutely!"  Then as the weekend approached, I wondered if having Harley come here was the right thing especially since, Katniss hates dogs and Harley Jean hates cats!  When she was a puppy, she got torn up by the big boy that lives next door to her.  So, after talking it over with my son, we decided that I would just go to their house and sleep over there for a few days.

Packing my backpack was the easy part.  It was when I got there that I ran into a few shall we say "challenges". 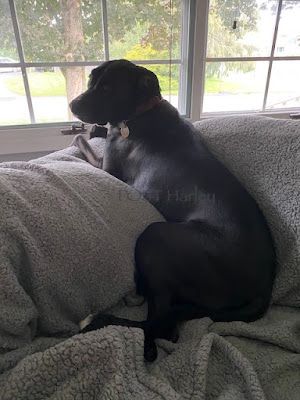 Harley Jean is a Great Dane/Lab mix, although when she was adopted, my son was told she was a Lab/Boxer mix.  Well, lets just say they got the "Lab" part right.  As soon as I met her, I knew she was Dane.  And now, she is goofy like a Lab but is the biggest lap dog ever!Her bark seems to make the whole house shake and Heaven help you if you come to the front door!!  She is THE BEST WATCH DOG EVER!!
We played ball.  We played fetch.  When I weeded, she dug holes...LOL!  I think she thinks she's weeding too...LMAO!
She is a great companion, although I will admit, she did not seem to like it when I left her outside and ran in for a few minutes to get a snack.  When I came back outside, she had stolen the tissues I had on the table and tore them up into shreds!!  Now that I think about it, she always, even as a puppy, loved to steal paper towels and paper napkins from the counter. 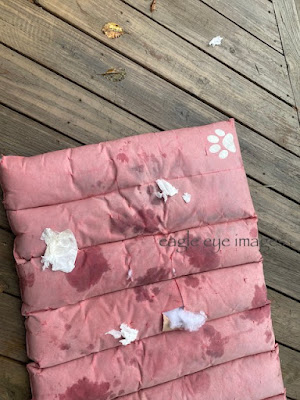 After we played, she settled down on the lawn in the shade and looked like she was going to just keel over.  Yep, Nana pooped her out! And yes, Harley Jean loves her Nana. 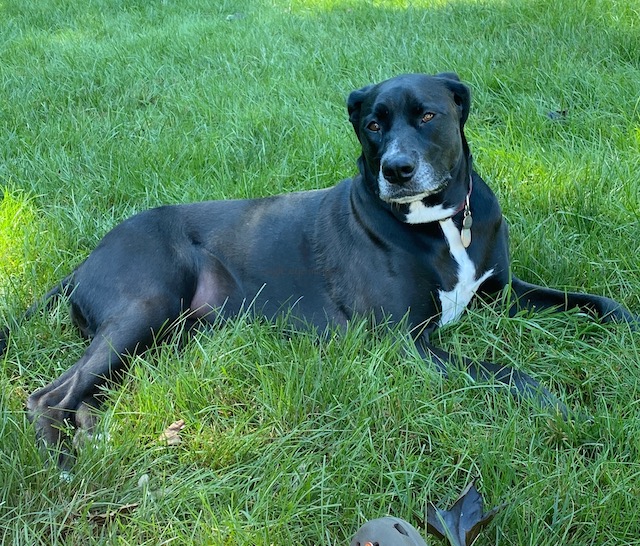 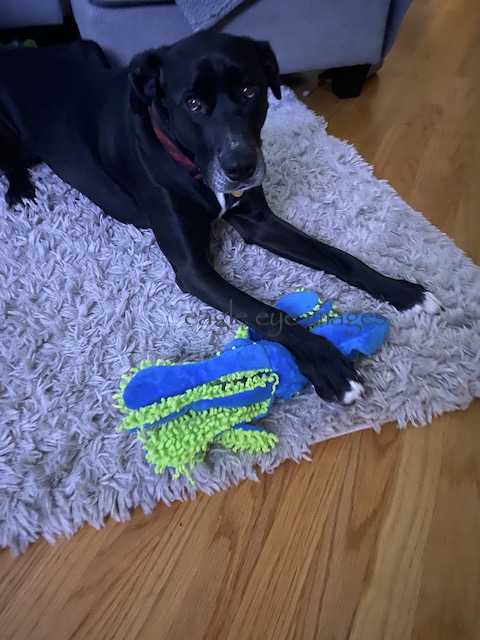 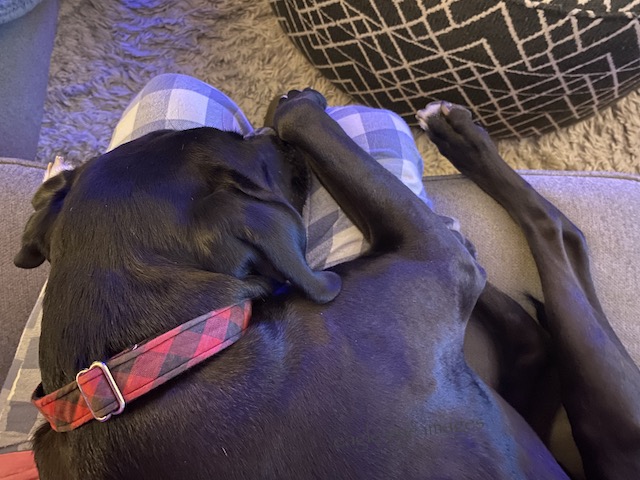 MadSnapper said…
I AM IN LOVE with Harley Jean... she is a cross between Big Boy and Beau. I love love lpvelove her and wish I could meet her.
September 10, 2021 at 9:02 AM

Ginny Hartzler said…
Oh my goodness, what a fun adventure! And what a great idea for you to go over there. If she would have come to your house, I'm afraid all kinds of hijinks would have ensued. She seems to act like a big puppy!
September 10, 2021 at 9:56 AM

Ann said…
What a pretty girl she is. Gibbs likes all paper but he is rather partial to tissues and paper towels. I bet he and Harley would get along famously :)
September 11, 2021 at 6:31 AM

Harley is a beautiful dog, I love the big dogs. We have our grand-dogs here now for 5-6 days. They are a handful. But, we love dogs. Cute photos! Thank you for linking up and sharing your post. Take care, have a happy weekend. PS, thanks for the visit and comment on my blog.